Storylines
Home De-Escalation Editorial: Dancing for Chibok Girls and Ugbokolo But How Could Ugbokolo Been Possible? 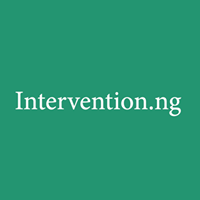 Editorial: Dancing for Chibok Girls and Ugbokolo But How Could Ugbokolo Been Possible?

The day another set of Chibok girls regain life and the Nigeria Police return to Ugbokolo in Benue State to confront rampaging gangsters is certainly the sort of day that one should listen and dance to Angelique Kidjo’s musical number Agolo. Agolo not only has something in its narrative that accords with the seductive promise of ‘Africa Rising’ beyond the arrested development and pedestrianism the continent has been experiencing but it is also dance-able almost anyhow. Chibok and Ugbokolo are both worth dancing for because they bear the brunt of new, rising criminality and the difficulty of containing them by an overwhelmed state. But for the social media, the Nigerian society would still be unaware of anything called Ugbokolo, much less know that it has been lost to what Newsdiaryonline, for instance, called “Strange, Violent Siege”. Yet, that was the truth and nothing but the truth.

Those who follow the social media must have gulped the full details of the siege, including the disturbing dimension about a place somewhere near Ugbokolo that goes by the name ‘Sambisa Forest’, named after the Sambisa in Borno State and what that stands for. It stands to reason to commend the Benue State Command for its swift dash back to Ugbokolo after initially denying that it lost the town to unspeakable criminality and violence for more than an entire month. It is still unclear what exactly the Police has done so far – some accounts say police operatives shot dead two of the kingpins at Ugbokolo market last Thursday, others said three of the ring leaders have been arrested – either account signals that the police are effectively back there. The hope and prayer is that the police will not let down this innocent community again by leaving it vulnerable to mutating sets of diffuse gangsters. The Police might have logistics, financial and whatever problems but the truth is that it can still achieve whatever it sets its eye on as far as bursting criminality anywhere in Nigeria is concerned.

Notwithstanding the foregone, there is a puzzle about the current rage of criminality at Ugbokolo. That is what it subtracts from such a long list of players who ought to have been part of raising the alarm. They never did because each set was paralysed by fear. When this sort of violence reared its head in Otukpo some two or three years ago, the leaders closed rank and nipped it in the bud. This time, there was no such thing. Otukpo leaders must have acted in unison because they realised that once an area slips into violence, it will take it long time to ever recover. As such, violence is that which must bring unity of purpose, agenda and action. It is worth asking why the leaders from Ugbokolo and Edumoga, in the first case and Western Idoma, in the second instance, did not make any move until the social media brought the violence to national attention after it had gone on for over a month? A claim of ignorance would not be tenable in this case because the killing of Father Adeyi by his abductors as well as the burning alive of three persons at Okpoga Central Round-About on February 16th, 2016 adjacent to the Police Headquarters must have sent an unmistakable signal to everyone that something unacceptable was in the making.

Finally, Ugbokolo raises an even more disturbing spectre. Is it possible that Abuja has no parallel mechanism by which it informs itself of what might be going on in some remote parts of the country other than Divisional Police establishments that are not only financially and technologically handicapped but are most often times compromised? It is unthinkable because state collapse everywhere in Africa have always started from the rural areas, not the capital cities. A ‘Sambisa Forest’ is widely believed to exist somewhere near Ugbokolo but neither the Police nor the DSSS has demonstrated to the public that it is false or true and that something has been done about it if true.

Ugbokolo is not just another rural settlement. As the social media platforms that have correspondents on the ground in Benue State informed us, it is the host town to Benue State’s second highest educational institution – the Benue Polytechnic. It is multi-cultural in its own right, with a huge population of Igbos, Yorubas, Bini, Calabar, Hausa-Fulani, Ijaw, among others. As such, it should be on the radar of the intelligence services, political leaders and the academic establishment in Benue State if not Nigeria.

It behooves all to join in post-violence peacebuilding in the area. This would involve all those who should have acted earlier but didn’t and that would stretch from the most key actors in Okpokwu Local Government Council, elders; community leaders; the usually vocal and progressive Catholic Church in the area which lost one of its most brilliant own – Father Adeyi to this kind of diffuse violence last year; political leaders from the area, most of whom live in and around Ugbokolo; the Department of State Security Service, (DSSS) and, of course, the Edumoga and Idoma elite in that order. This is not to talk of the Benue State Government which, in any case, seems to be facing a threat of outbreak of violence given a series of indicators of such recently, including the declaration of some actors wanted by the police.

There is a particular challenge here for the EDEMA elite group to draw the attention of Idoma leaders to put something on the ground for a variant of de-radicalisation of the suspected gangsters and re-orient them to new opportunities that can divert them from criminality. It is right to punish those who commit crimes but if punishment alone were adequate, then there should be no criminality again anywhere because of the elaborate punishments society experiments with. Beyond punishment, society must also seek reform, rehabilitation and re-integration.

It is thus worth securing Ugbokolo and preserving it on the path of its urbanising trajectory just as it is worth praying for the securing of the last batch of Chibok girls, no matter what it takes.