Kano State Deputy-Governor, Nasiru Gawuna in a temporary loss of immunity as he is hemned in by police officers who took him away, probably into protective custody early Monday morning

Posted By: adminon: March 12, 2019In: Meta-NigeriaTags: No CommentsViews:
Print Email

Obviously conscious of the damage an all-out inter-party violence could inflict on Kano economy and society, the cream of the city elite have embarked on a pre-emptive effort to stave off such violence by sending out a clarion call for calm. The statement which has been signed by 21 of them, stretching from former ministers, established professors, notable businessmen and technocrats. They include Dr. Shamsudden Usman, OFR, CON; Engineer Ibrahim Khaleel lnuwa, OFR ; Prof. Munzali Jibril, OFR; Alh. lsyaku Urnar Tofa Dan Ada la, OON; Alhaji Aliko Dangote, GCON; A.B Mahmoud, SAN, OON; and Prof. Bello Ahmd Salim, OFR.

A. B. Mahmoud, former president of the Nigerian Bar Association, (NBA) and a signatory to the clarion call for peace by all means 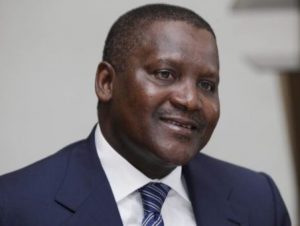 Operating under Kano Peace and Development Initiative, (KAPEDI), the signatories are saying they have observed the prevalence of an atmosphere of apprehension in the state in the aftermath of the collation of results, especially how many have taken to various social media platforms to broadcast unofficial results thereby contributing to the heightened tense atmosphere. 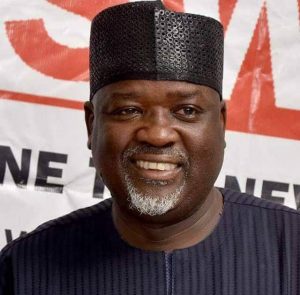 The elite group is urging for calm and maintenance of law and order. “We remind political parties and their candidates to uphold the terms of the Peace Agreements publicly signed which bind them to peaceful conduct before, during and after the elections”, it said, advising in favour of seeking redress through legal and constitutional means by all parties or candidates who might be dissatisfied with the outcome of the election.

Calling on young people to shun violence and the security agencies to remain neutral, KAPEDI is also appealing to victorious parties and candidates to conduct themselves with decorum as against engaging in any provocative conduct or utterances in celebrating victory.

The statement is coming in the aftermath of unofficial closure of many schools in Kano in connection with feared violence. The Deputy-Governor of Kano State, Alhaji Nasiru Yusuf Gawuna was even arrested by the Police for allegedly tampering with the voting materials.

Large scale violence in Kano, like anywhere else, could make and unmake things. How far this clarion call would go in the balance of terror in that city now over the results of the March 9th, 2019 governorship and State House of Assembly elections remains to be seen.