Storylines
Home Meta-Nigeria Is Nigeria Entering 2020 With the Toxic Baggage of 2019 Or Not?

The credit for the line of thinking behind this piece must go to the late Prof Akin Fadahunsi. Sometimes in 1995 at one of the methodology workshops on the book, Identity Transformation and Identity Politics Under Structural Adjustment in Nigeria edited by Prof Attahiru Jega, Fadahunsi asked if any Nigerian academic had ever interviewed any of Nigeria’s military rulers with particular reference to what they know about what Plato, Machiavelli, Hobbes and the theorists of the state and of Elite Rule had said. Apart from the late Dr Bala Jubril who interviewed General Babangida for his thesis on the media and how the IBB regime consolidated power, nobody has done that, with Babangida or any other military ruler. 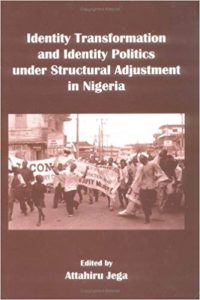 Of the theories and theorists Fadahunsi mentioned, the elite theorists is most applicable to where Nigeria is today in relation to whether the elite know about that argument vis-à-vis the level of elite incoherence that accounts for what has been called the domestic disaster in Nigeria’s make-up. The domestic disaster contradicts Nigeria’s noble and glorious global exertions. As a Nigerian diplomat put it at a public lecture recently, Nigeria is about the only country in the world that would send her armed forces to another country, suppress a militia and hand over the troubled country to the United Nations.

There are many countries in the international system that can do such but nearly none does that without strings attached. Yet, doing that more than once is the ultimate signifier of Nigeria as a force for good on a global scale. It makes Nigeria a paradox – a great global player but a domestic disaster in the sense in which the one and only Chief Olusegun Obasanjo has most clearly conceptualised it. In his arguably most blunt public speech ever, Obasanjo said among others, that Nigeria is “a country perpetually potentially great, almost permanently in crisis, regularly threatened with disintegration, prolongingly devoid of democracy, and economically plundered and mismanaged, forever talking about democracy but forever retreating from democracy”.

Sometimes, this disaster attracts pity and genuine solidarity. At other times, it attracts exclusion such as the removal of her from the list of the countries that makes up the G-20 because some people wondered if a country that cannot manage itself at home can be expected to add value to the club of those to manage the world.

Empirically, Nigeria has been a hopelessly divided country. It has always been a succession of one narrative of domination or the other, from ethnic to religious to regional and even generational. But, until the recent turn in the vehemence of such narratives of domination, notably by General Danjuma, General Ogomudia and as echoed by columnists, intellectuals and preachers, it had been such that most people who have worked in any Government House anywhere in Nigeria, for instance, would take each round of such articulation with a pinch of salt. It is because what most of the elite say in the headlines are not supported by the degree of interaction across religious and ethnic divides. And Government Houses are the most concentrated spaces to witness that contradiction. But that is a different claim based on lived experience. It is not a good reason to ignore or suppress recent narratives of inter-group relations overflowing across the country. By all means, let the ethnic emotions and feelings of exclusion, of being submerged, of hegemony, flow. Let all such claims be heard. 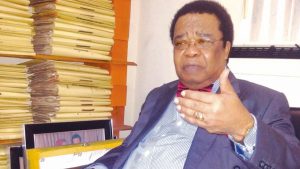 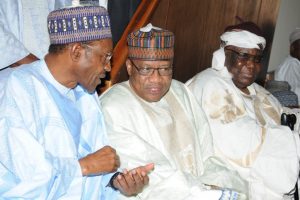 One level of the fragmentation

The assumption is that there are patriotic ‘intellectuals of statecraft’ in the think tanks, the military, the bureaucracy and so on with commitment and capacity to mould protest narratives into models of inclusivist national self. But that is where the question comes up from: does Nigeria have a national elite that has that collective self-consciousness? In other words, is it not safe to conclude that the power elite in Nigeria is lacking in self-understanding?

Basically, these philosophers, three of them, were saying that the few rule because they, in fact, rule. They argue that it true that history is the graveyard of aristocracies because revolutions deal with the ruling power elite but that what happens is that, a new set of elite arises, phoenix like, from each graveyard. According to them, it is such that whether we are talking of the English, French, American, Russian, Chinese, Cuban or South African revolutions, a new set of elite arose in the aftermath “to eternalize the cycle of domination”. So, in their own words, no matter whether the economy remains capitalist or becomes the plaything of equalitarian leveler, there will always be a ruling class and therefore exploitation. 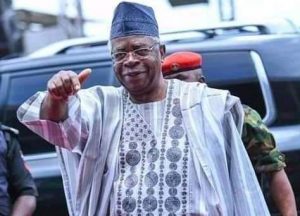 General T. T Danjuma, the signifier of a more recent and completely different level of the fragmentation 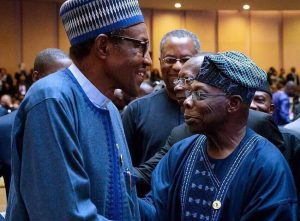 Yet, another dimension of the fragmentation -that of two former Heads of State

Although they were certainly posing a decidedly conservative argument just to attack Marxism, it is also true they formulated their theory based on study of actually existing communist parties and the structure of power therein. So, in a way, they were not wind bagging although they only studied European communist parties. The universalism of their claim can, therefore, be challenged on that account. The theory of ‘circulation of elite’ has, however, been difficult to contest. Even if a revolution were to take place today, the new guys in town would have classmates, friends and WhatsApp chat groups from the old guard.

The way PDP chieftains jumped into APC train before and after their victory in 2015 is also instructive even as theirs has nothing to do with a revolution. That shifting cultivation attitude to politics is not all opportunism but confirmation of ‘circulation of elite’ aspect of the elite theory of power. They went to same category of schools, use slangs exclusive to them, enjoy shared values in terms of pleasure, leisure, family life, marriage patterns and so. So, they have a constitutive interest that enables them to reach consensus on divisive issues. They have to reach consensus or they risk losing the benefits of being in power, not with the masses casting revolutionary glances at them and with equalitarian agitators in communist or national liberation parties.

Going by this analysis, there is fragmentation of the elite only because they lack the merit that enables elite in other climes to sort out their disagreements without the masses knowing. It is not in their interest for the masses to know because the masses aspire to overthrow them from the power and privileges they now enjoy. Is it the case that they are so sure they have so successfully conscientised the masses along ethno-religious lines that they do not have to look over their shoulders? Or, is it the case that they are confident they have neutralized or absorbed genuine radicals that they do not have to bother? Can anyone be sure of anything in a fast flowing world?

Why the Media is Not Complicit in Conflict As People Think

Where is the African Union As Africa Descends Into War Again?

How Soon Would the Universities Come Alive Again in Nigeria?

Donald Trump Has Been a Failure on Iran