Bella's iconic alert of an unfolding

Who Can Stop Bella Alubo?

The articulation is superb. The ideological clarity is on the high side. The self-understanding leaves no room for ambiguous adventures. The totality is such that makes the question compelling: who can stop Bella Alubo from imploding on the rest of us?

How else can it be if she is educated, certificate wise and politically, is the daughter of a Professor; has got a figure that can inflame the sort of audience that patronize musical shows and is immersed in a family that tried to resist her but have come round it. Above all, she has a model of her trajectory. 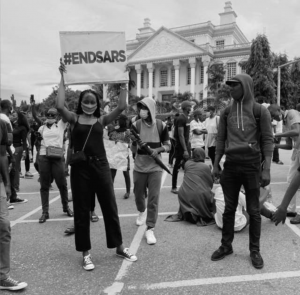 The first ten minutes of the first meeting with Bella on October 11th, 2020 brought out one side of the protest spirit running in her. She spotted a line on the T-Shirt of one of the two of us that went to talk with her and took an approving note of the word ‘equality’ there. She followed it up by speaking in even greater approval of the raging #EndSARS street battles across Nigeria. She had, in fact, been on it as a frontier hero, something she justifies by saying that somebody has to pay a price. That is, let the oppressors do their worst. It was clear she has gone far in the politics of defiance. Hence the question as to what is driving her creativity in music.

‘Freedom and feminism’ came the reply. All human beings should have equal rights, she says. Although she is not too sure which category of feminism she can be classified, her argument is that there is a case for expansion of the democratic space for women. But she has a point of departure – men should give up more of the powers that patriarchy has invested them with but in a way that do not disempower men to disadvantage. In other words, she doesn’t want to see any category of human beings, including men, put in social disadvantage. Men, said she, are over-privileged by the existing power relations but she is not blaming men for all of that. In fact, she sympathises with men in a way because she sees them suffering from her concept of hyper masculinity.

She is referring to the breeding regime for men that disapproves of men crying openly, for example, because that is culturally sanctioned as a sign of being weak or unmanly. Or, the unspoken disapproval in many cultures for boys to be seen around the kitchen. In the end, all these leaves women totally powerless, relative to men and she is saying there should be a bridging the gap. This can be done by bringing men on board the gender gap bridging project because, according to her, the system is loaded against women not all by men but also by the social system. Bringing men on board would mean the conflict resolution leaves no bitterness on any side.

What this sort of position means is that she is not your run of the mill or barely schooled artist on the move but one with intellectual and ideological convictions, all of them shaping her creativity in music. She has four albums to her credit already aside from nearly 50 songs and numerous creative attempts which she began in 2014. 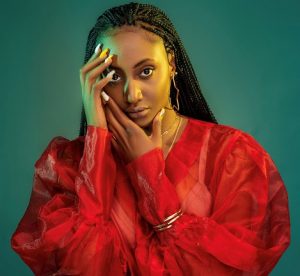 The musical turn in her life is something else. She read Microbiology at the University of Jos, was to follow it up with a Masters Degree in Public Health. That would have fitted very well into the ordinary standard of reasoning. But it didn’t happen that way. It didn’t happen because her senior brother was operating in a circle of many successful musicians. They were much older than her but, from watching them, she bit the musical bug. Or the musical bug bit her, awoken her latent creative impulse in a way that neither Microbiology nor cultural redlines could block from implosion. In any case, she had been writing short stories, poetry and all manner of stuff instinctively.

By the time she left Nigeria for the Business School of Glasgow Caledonian University in Scotland in the UK, it was not for any course in the hard sciences but International Management and Business Development. She just came back last September. It could be argued that the #EndSARS protest is a welcome party for her, the battlespace for the social movement politics she must have inhaled from Scotland. This is though an inference she rejects, saying she was in the UK for only two years and had done her undergraduate studies before she went there. But she has an idea of what the UK added to her. UK gave me a global mindset or thinking from a global standpoint. Those are her words and she explains: out there, you are a black student before you are a Nigerian. This is unlike here where I thought of myself as an Idoma girl worrying about Jos and its problems.

So, Intervention asked her how much of Idoma she speaks. ‘Just enough to save my life’ is her reply. But she is aware of a creative trait that can be claimed for Idoma elite as in all the pioneer lawyers from the cultural identity being artists. Of particular note here would be Barrister Joe Omakwu and his Ochenche (or is it Achenche) which became a sort of Idoma national anthem in those days. Justice Acheme Anyebe was a writer. Bongos Ikwue confronted a battle for his soul between Engineering Degree and playing his guitar at Ahmadu Bello University, Zaria for so long before he chose to go into a music career. Bella is aware of much of this cultural background. She is aware of the Bongos Ikwue daughters and what they have been doing or planning to do, music wise but the two have not started any joint effort. So far, it is 2 Face Baba she is enamored of, again, for a political reason. She is impressed with a musician of a minority background breaking into the Lagos/national market. Her sense of the significance of that is that 2 Face Baba must be good to accomplish that. In that sense, 2 Face is, for her, a signifier of excellence or merit. 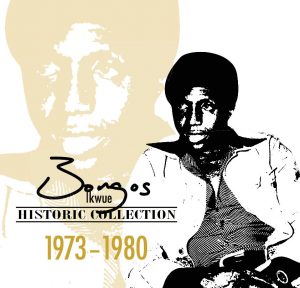 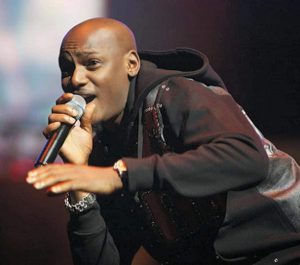 But is she herself waxing an Idoma language album very soon as 2 Face or Bongos Ikwue have done? The answer is neither yes nor no. All she knows is that she wrote something sometimes back, she has recently been thinking about that script and she thinks that the regularity of thinking about such an old script must suggest an artistic prompter at work. It all means that we should not be surprised if, tomorrow, we hear the stuff in question. Not even her can predict what it would turn out like but the theme is one of these culturally dense folk wisdom to the effect that “the issues are going to reveal themselves when the sun goes down”. A proper anthropologist or cultural critic would be needed to put it properly. It is part of the mystery she has managed to build around herself. For instance, even as she pleaded weak Idoma language grasp, she mentioned an Idoma word that is still outside one’s coverage, the second person not being Idoma.

She has not hit the headlines yet. The mainstream media is yet to discover her. But they had better do because she has her eyes up, up there. The trajectory she has mapped for herself is replicating Rihanna in a uniquely Nigerian way. Rihanna is, of course, the global wave maker in fashion, music, actress and humanitarian practitioner from Barbados. She started as a musician but she has transcended music into being a billionaire but one with a cause. That is where Bella is looking towards.

Intervention asked her about the contradiction in her being an anti-capitalist campaigner who also wants to accumulate so much. Interestingly, she doesn’t see any contradiction there. She doesn’t because she is not accumulating for herself. In her own words, she is accumulating with a view to redistributing. That is the point about the Rihanna imaginary in her self-understanding. And it is in this sense that musical entanglement is just a platform on which she can do other things as well.

The self-understanding is such that she is not scared of entering the music world. For her, courage is not the absence of fear but marching in nevertheless. So far, she has got a number of albums to her credit, the latest one being the most promoted so far. And it is all about the youths in generally but specifically on a young woman feeling nice about herself, not in individualistic sense but as a metaphor for resistance of social conditioning, a rejection of validation.

Rihanna, pioneer of anti-capitalist capitalist or of redistributive accumulation

Bella’s reigning album on her way to redistributive accumulation

This response attracted the question from the second interviewer who asked her opinion on marriage. She has nothing against marriage but it should not be under duress. Those who want to get married should do so, she says. Pressed on whether she is getting married, she says she would get married. To who? “When I find somebody with my kind of ambition” came the response. Her suitors are sure to find a contradictory mix of an innocent, giggling girl and an assured self that can hold her grounds.

For now, she is happy that more girls are going to school and she can observe a creeping culture of affirmative actions in favor of women. This is though how far she can see. In the music industry, she cannot see more than five women who can live on their music. Although she says the music industry is passing through a wonderful time, that is not good enough a signal.

But she is plugging into it. In fact, she is making good progress as far as she can see. “When I check statistics of how my music is doing, I see good results. The internet and globalisation are helping”. But she insists the space is not opening fast and in enough quantity to women even as music from Nigeria are all over Africa, irrespective of which genre one is looking for.

The interview which opened with verbal fisticuff between her elder sister body guarding her and her two visitors ended on another fisticuff. She was challenged on how her father who sits on top of research projects could be called a radical or rebel. She stood her ground, saying that, in fact, they all have that gene in the family and that she is probably the most rebellious of the lot. It had been an engaging encounter and Intervention wishes the Rihanna of Nigeria good luck!

Ignorance, Political Irrelevance and the Persistent Quest for Restructuring the Nigerian Polity, 1999-2021