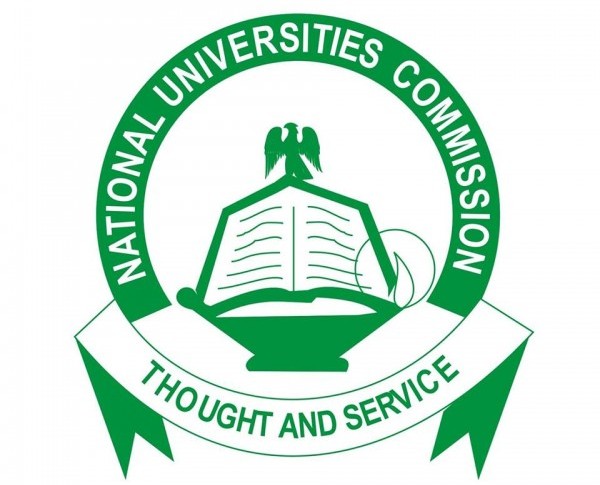 Regulating a system that has gone wild

The Nigerian Public University and the Falola Intervention 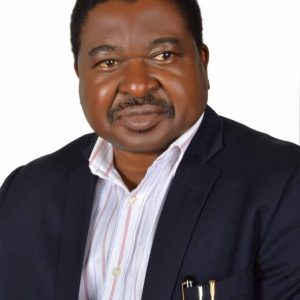 The blogosphere has recently been seized by a piece by the US based Nigerian academic, Prof Toyin Falola. Falola’s big name status as well as the nationalist message in his piece put the piece right at the centre of the public sphere. But other Diaspora voices, particularly Moses Ochonu and Farooq Kperogi, contested Falola’s line of argument. Well, a third line of argument is entering the debate. That is, third in the sense that Prof Gundu, the author of the piece below, is coming in from actual engagement with the system that is being debated. He has not only been an academic at the Ahmadu Bello University, Zaria, he is also the Chairman of Council of one of the relatively thriving newer universities in Nigeria – the Benue State University. In other words, the criterion of ‘hierarchy of credibility’ favours Professor Gundu more than it does the other main voices on the matter under discussion. Enjoy the piece!

The Nigerian public university is in dire stress. It has suffered regrettable neglect over the years and defiled attempts to salvage it. No one is proud of it to the point of holding it up as an institution that is creditably serving the country. For good cause, stakeholders including Governments (Federal and States) students, teachers, parents and others within and outside the country are disillusioned. Though there seems to be some agreement on the fact that there are fundamental challenges in the Nigerian public university, there are sharp perspectives on the nature of these challenges because of the conflicting ways they are framed by the different stakeholders. The situation is exacerbating because in framing these challenges, stakeholders tend to shift blame loudly, avoid listening to each other and in the process, make it difficult to agree on priorities and how to collaborate towards possible remedial action.

The position of the Academic Staff Union of Universities (ASUU) on the Nigerian public university illustrates this point clearly.  Formed in 1978 as a successor to the Nigerian Association of University Teachers (NAUT), ASUU has been at the front end of the vanguard in the struggle to salvage the Nigerian public university. The union has drawn attention to the decay and neglect of the system demanding for improved conditions of service and at times making political demands on the Nigerian State. During the Abacha dictatorship, for example, the union joined the anti military movement committed to ending military rule. Virtually all of what ASUU has achieved since 1978 has been through strikes, which have been very disruptive and costly to students and the system. In the past 21 years, (from 1999 to 2020) it is only in 2014 and 2015 that the union did not use the strike option to disrupt the public university space. The union was on strike 19 times within the past 21 years with a cumulative down time of 48 months. ASUU members did not work in these months but received pay in excess of N1.2 trillion from public universities owned by the Federal and State Governments.

Those worried by these disruptions and instability in the public university system have critiqued ASUU for being too steeped into strikes as a weapon even when the gains extracted from Government seem to be disproportionate to the cost of deploying the strike weapon. Members of ASUU have also been accused of unethical conduct including complicity in sexual harassment on the campus and predatory scholarship. The union has taken exception to these criticisms, arguing vehemently that the Nigerian Government (Federal and State) is indifferent to the decay in the public university and many of the vices in the system are just a reflection of the decay in the larger society. Given the belligerent style of the union and their tendency to blackmail critics, the conversation around the travails of the public university is becoming very toxic.

This is where the Toyin Falola intervention comes in. Probably because Professor Falola is part of the ‘Nigerian Diaspora’, he chose to ‘moderate’ the conversation from the perspective of the critical voices from the Diaspora on the developments on the African continent. Using what was obviously sensational rhetoric, he titled his intervention: Is the Diaspora now about rubbishing those at home?  Falola argues that African intellectuals in the Diaspora must work towards empowering the continent instead of destroying it. The Diaspora intellectual must seek to ‘uplift and upgrade’ instead of ‘ridiculing’ those at home. Falola argues that Diaspora critics of the African condition must refrain from the ‘Africa -is –bad’ stance, criticize Africa with more respect and recognize that, at some level, they fail Africa if the object is all and only about dishonoring the African condition. While agreeing with Falola on the need for the African Diaspora critic to ‘uplift and upgrade’ the African condition, it is important to note that Falola did not intervene to stop those in the Diaspora from criticizing the African condition including those of us in Africa who through our actions or inactions share substantial blame for the mess we have found ourselves in. Since Falola’s intervention, many in Africa particularly in the Nigerian public university system affiliated with ASUU have jumped into the conversation posturing as if Falola has silenced critics of the union. They seem to take the position that the best way to advance the conversation is to amplify the occasional fire and sparks in the public university system in Nigeria as a way of appropriating credit for members of the union who have continued to excel under excruciating conditions. African scholars especially those in the public university space cannot benefit from the Falola intervention if they go this route. The route is a misunderstanding of the Falola intervention, more importantly, it will discourage self reflection and make it more difficult for all of us to reframe the African challenge and accept part responsibility for the African condition. 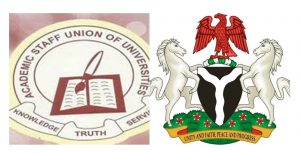 ASUU has also continued to look pass the distorted over bearing image it wields on the country. Nigeria is a Federation with education on the concurrent list. This makes it high nonsense for a union to stride Federal and State universities all at once and begin unitary and skewed negotiations with the centre and expect a uniform result across board. Little wonder, the Federal Government is unable to show good faith in such negotiations. State Universities that are disproportionately involved in the negotiations without a clear status are waking up to question the continued expectation by ASUU that they respect uniform pay levels in public universities even when the union continues to stand on the idea of university autonomy. Can public universities be truly autonomous if the Federal and State Governments pick their basic bills? If they were to be truly autonomous, will it not be nonsensical for a union to negotiate the same pay level for all 92 public universities each of which is autonomous? Will it not be better to encourage each university as an autonomous institution to distinguish in the direction of its choice including conditions of service for its staff?

ASUU has also refused to appreciate and face the research challenge in the Nigerian public university. Why are all the 92 public universities in the country running as if they are research universities? Why are virtually all of them, irrespective of facilities and researchers, offering the PhD, which is a research degree? Does it not make more sense for the Federal Government to prune the number of its universities from 44 to 12, cede the remaining 32 to the States where they are located and grow the 12 to truly research and flagship universities? The others ceded to states can distinguish as comprehensive teaching universities focusing on training to provide manpower for states and the country at large. States that choose to run research universities can do this depending on their abilities. They can also jointly own research universities the way Ahmadu Bello University used to be owned by the Interim Common Services Agency (ICSA). This way, no one in his right senses will insist on a uniform pay level, conditions of service and a uniform quality threshold for all public universities irrespective of whether they are research or comprehensive. In fact, it will be easier to prioritize in the development of public universities in many aspects including curriculum design, subject focus, allocation of resources and recruitment.

Self-reflection will also force ASUU to pick its fights more strategically so as to benefit university education in the country. Unitary institutions straddle the tertiary education landscape in Nigeria. The three dominant ones are the Joint Admissions and Matriculation Board (JAMB), the National Universities Commission (NUC) and the foster child of ASUU, the Tertiary Education Trust Fund (TETFund) . The three have to be unbundled and restructured to align with our Federal status and global good practice. ASUU should show more interest in ensuring that universities admit students using competitive criteria since JAMB is incapable of doing this at the moment. In the same vein, NUC is a meddlesome and unwieldy bureaucracy whose responsibilities including accreditation and university licensing must be pruned to allow for professional bodies to take responsibility for accreditations and States to license universities within their borders. TETFund for efficiency must also cede funding of research to endowment research bodies and training of staff of tertiary institutions to an independent body that will not only prioritize areas of training but also ensure competitiveness. It is unthinkable that a scholar who is a beneficiary of a research grant and is conducting research with his/her students in the laboratory will close the laboratory to go on strike for several months without counting the cost. How would a responsible union go on strike during a global and national health crisis?

More importantly, if ASUU wants to pass across as supporting rebirth in the public university in the country, it must jettison the strike action going forward. The Federal and States who own public universities must help ASUU to become more responsible by ensuring that going forward, any one in the public university that goes on strike should not enjoy any pay for the period of the strike. This is global good practice that ensures that unions and their members do not take the strike action for granted. That strikes continue to be incessant options for unions including ASUU is both a factor of belligerence and the fact that there is no consequence to unions and their members.

Though Professor Falola has drawn our attention to the responsibility of African Diaspora scholars to ensuring that they ‘uplift and upgrade’ the continent in their conversations going forward, those of us stakeholders (especially teachers) in the public university space must realize that it is in our hands to ‘uplift and upgrade’ scholarship on the continent. If we take this responsibility seriously, we will embrace criticism and self-reflection. We must also be willing to accept part responsibility for the decay in the public university as a way of empowering ourselves going forward. We must take responsibility for the production of new knowledge in the African university that would support the development and emancipation of the continent. This can only be done if we are able to go beyond physical buildings and facilities to change our academic culture, attitudes and values many of which at the moment are at the root of our decay. ASUU must heed critical voices going forward- in Nigeria and in the public university space. We need them. We must have stability, clarity, a new academic culture that will truly uplift and upgrade the system. Without these, going forward creditably will be a challenge.