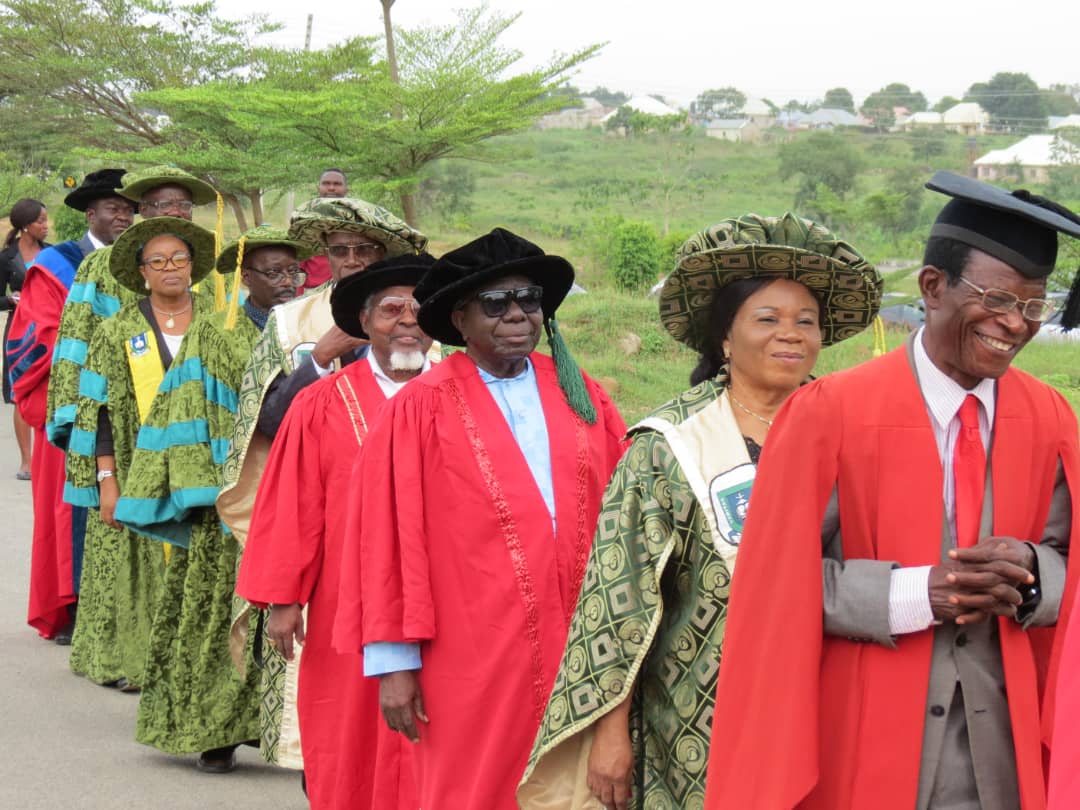 An Inaugural Lecture is, by tradition, not open to critical assessment. It is perhaps the only ritual in academia in which no questions are asked. But, no one would be surprised if someone transgresses tradition to play the dissident and critique Prof Gabriel Bassey Egbe’s position when he delivered Veritas University, Abuja’s first ever Inaugural Lecture November 14th, 2019 under the title, “Of New Englishes and New Literacies”. That would be welcome because it is the debate around such texts that moves a society up. The Inaugural Lecture is yet to receive critical media reviews in the Nigerian mediaspace. Perhaps, that would take some time, depending on the media mobilisation to that effect.

Prof Egbe in a post delivery encounter with journalists

If and when the media gets on to it, they are most likely to be bound by this point too striking to be over-emphasised. It is Prof Adigun Agbaje, University of Ibadan Political Scientist’s notion that scholars do not murmur. Instead, they shout. Even if on that note alone, Prof Gabriel Egbe would be scored to have done not just Veritas University, Abuja but also Nigerian scholarship on the global politics of English Language proud in the Inaugural Lecture by fulfilling Prof Agbaje’s key criterion of scholarship. Prof. Egbe shouted, indeed, with an overarching argument which can be summarised thus: English Language, like the world itself, has finally and completely fragmented into New Englishes and this to the point that no universal form of it or standard is possible anymore. It is a significant and provocative point of departure he proclaimed and defended in the lecture. Although he refrained from expressly locating his standpoint in the post-modern conception of contemporary reality, the position reflects that paradigm and makes his a radical recognition of a major transformation in history from the point of view of language and power in world affairs.

One can see many students of meaning, discourse theory, postcolonial theory, hegemony and even imaginative geographies agreeing with Prof Egbe’s contention that English Language today belongs to those who speak/use it and the contexts of usage, not some original owners anymore. That argument has its own implications, one of which would be that since meaning is contingent or in the eye of the beholder rather than locked in Cartesian investigation, the notion of universal standards in English grammar must be a very terrible thing. Controversial as this may seem, very few would disagree with Egbe’s position that there is nothing to apologise about Nigerian English, for instance. That position further domesticates the Saussurean discovery that the signifier and the signified are but very distant cousins since no particular signifier refers to or signifies anything in itself beyond what a particular society takes it to mean. If that is the case, how could it or should it be possible to have a standard form of English without that amounting to epistemic, cultural and normative dictatorship? 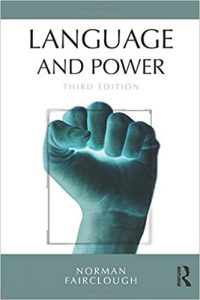 New Englishes is, therefore, about constructedness of social reality and the dynamism of language in that process – transforming and being transformed. So, he argues that, depending on what people think and do with language, it could be seen as a Right; a Problem; a Resource. And that language could be seen from even the sense of it as Domination; Diversity; Access; Design and the likes. There is a particular framing of this that speaks to the variable instrumentality of language he speaks to: “For others, language is power: power to create or curse, to convince or confuse, to conjure or connive, to coerce or control, to conquer and colonise and to liberate or domesticate the mind”.

It was at this point he privileged one language for discourse: English, notwithstanding “the pleasant and not too pleasant memories we may have about the language; in spite of the arguments for and against English as a colonial language; in spite nationalistic and patriotic fervor for our indigenous languages and in spite of the global murderous march of English and the charges and accusations of linguicide leveled against English”. Another long but warranted quote.

And he ploughed through sub-topics such as ‘English and the World’; ‘Emergence and Spread of English’; ‘Englishes and New Englishes’; ‘Frameworks, Paradigms and Models of New Englishes’, including three theoretical accounts for that before the next sub-topic: the question of who can be classified as a native speaker of English, then ‘English in Nigeria and Nigerian English’ and ‘Literacy, Literacies and New Literacies’.

Many who get to read the text would most likely find the last three sections very inviting. One of it is on how he has explored the domain of English literacy and literacy in English, the result of which exploits he was sharing. Here, he provides a list of key academic engagements of his and the practical uses to which they have been turned into, particularly by state governments and other stakeholders in the Southsouth part of Nigeria where he comes from; Nigerian universities, Africa and international aid agencies. The second in this section that would interest readers is the recommendations, particularly the one on ‘Adopting Nigerian English for External Examinations’.

Apparently in anticipation of the sort of reservations and criticism of the recommendation, Prof Egbe isolated a sample from a media reporting of a presidential event which is supposed to show the implausibility of Nigerian English. He goes on to show why crisis of standard would not be a drawback of the recommendation. It is a very minor part of the text but the one that would most likely interest reporters, editors, political leaders and academics.

The last is the conclusion proper where appreciation is showered on those who helped in one way or the other to make an Inaugural Lecture a reality for a Professor. Some of us in the hall didn’t see it but the Veritas University academics who sat next to me swears that Prof Egbe broke down briefly when he came to the line where he was appreciating his mother who passed away not long ago. It is a long list of names – the Vice-Chancellor, parents, old teachers who guided him through the risky but rewarding march through knowledge seeking, wife who tolerated the idiosyncrasies of a professorial mind and so on and so forth. 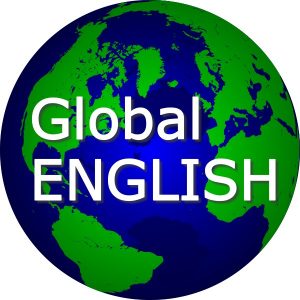 Certainty in knowledge claim is an anomaly, with imponderable consequences. There are a number of things in the Inaugural Lecture that would have been completely overturned in a few years from now just as there are issues there that will become the wisdom of the age in one, two or three decades hence. It is context that decides right or wrong, merit in an argument or otherwise. It is context which assigns meaning even as subjective as context itself is. To that extent, no one would be making a serious point to talk about Prof Egbe being right or wrong without a situated analysis.

What is, therefore, important is that the first Inaugural Lecture in the university is available in a pamphlet that can be preserved in large quantities for continuous engagement by but also beyond the staff and students. It brings to three the documents which, to the knowledge of this reviewer, may constitute what can be called foundational documents around which the university may situate itself or promote self-understanding. The first would be “The University Today”, the text of the 10th Anniversary/6th Convocation Lecture by Francis Cardinal Arinze in 2017. The second would be Bishop Mathew Hassan Kukah’s “Peace and National Development: In Search of a Moral Compass”.

It is true Prof Olawale Albert of the University of Ibadan and Prof Sam Egwu of the University of Jos have each delivered striking papers at various times in Veritas University, the presentations by Cardinal Arinze and Bishop Kukah dealt with issues that we can call timeless, making familiarity as well as continuous, critical engagement with the perspective they brought on them worth the while for all those connected with the fortune of the university.