Nigeria’s 2019 Elections: Change, Continuity, and the Risks to Peace

Above is the title of a new research report on Nigeria’s electoral politics. It is an interesting document which everyone should read cover to cover. One reason for that is because documents... Read more

Posted By: adminon: May 29, 2018In: WorldTags: AfDB, DRC, The Coming Anarchy, UmqombothiNo CommentsViews:

It is a bit long but never boring video, from start to finish. There is the appetizer in what his host, Dr Akinwumi Adesina, the President of the Africa Development Bank, (AfDB), said about the emir at the beginning of the video. The pair speaks to the Nigerian paradox- united abroad, divided at home! There is the main meal and we can lump the rest into the deserts. Economists hardly agree on even the most central issues in their discipline.  But Muhammadu Sanusi 11, the incumbent Emir of Kano in Nigeria’s speech provides a useful checklist that can move forward the conversation on the African crisis. The Afrocentric verve here and there, the privileging of industrialisation and the advocacy for an African review of the China phenomenon define the grand strategy to the presentation.

There are many who will go after the emir after watching this video. Philosophers would certainly be one of those because he has splashed mud on a key fascination for them. Local protagonists of  unchecked neo-liberalism would certainly not be happy with him because he is contesting the space from within with a new orthodoxy. But this video would also have its fans, in fact, the majority although what the video demands is beyond fandom. It is not for fans or haters of the emir but for thinkers. It is a tough video, from the technical difficulty of uploading it from YouTube here to the content in terms of the silent debate on the mess in which Africa is. 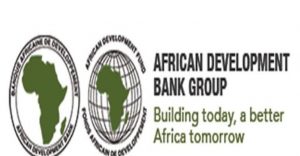 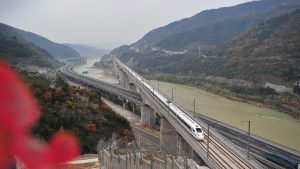 One of China’s statements in developmentalism

In fact, Africa is a threat to all now – to the poor, powerless humanity trapped in its poverty as well as to the rest of the world, at least the Western world. That is what Western authors such as Robert Kaplan articulated in his widely read book in the international policy mill – The Coming Anarchy. But an African Political Scientist of note has equally said that, since SAP, much of African countries are either at war or just coming out of war or just about entering war. That was in 2005 and nothing has changed. In 2018, three of the continent’s much talked about powerhouses-Nigeria, South Africa and Egypt – are in crisis. The newer power houses such as Ethiopia and Kenya are not at peace either. Beyond Rwanda and Botswana, there are no such great sustainable success stories. The never ending war in the DRC must be the continent’s greatest embarrassment that such a rich land could be turned into a permanent waste of human beings since independence, engineered and sustained by forces Africa is too weak to do anything about. Add South Sudan to that and it is time to go drink Umqombothi because, as the street wisdom goes, he who drinks goes to sleep and he who is asleep escapes committing sins, thereby paving the way for admission into Heaven.

As far as this video is concerned, Emir Sanusi is worth listening to at all party headquarters, think tanks, universities, NGOs, media houses and so on for sketching out what is clearly a grand strategy for de-securitising Africa. The video has touched an ensemble: from the knowledge requirement for industrial leap, the technocratic requirement, the energy framework,  the inter-African trade necessity, the imperative for responding to negative corruption perception rating, an Afrocentric re-conceptualisation of the migration imbroglio, his models of critical or sensitive governance in Africa and the bad guys thereto, the need to undo the interior-coastal differential in African development, Dangote’s strategy of conquering challenges of industrial investment in the era of the famished presence of state-based elbow room and a host of such critical themes. It is debatable but there is a sense in which the video can be comfortably reduced to his point about the imperative for an African re-engagement with China vis-a-vis getting it right.

That point ought to have been a running debate across Africa, not the current continental silence. Even for curiosity sake, China since 1978 ought to be well understood across the continent. 1978 was when the ‘liberals’ miraculously succeeded in taking over and reworking orthodoxy in favour of an assemblage of ideas, models and expertise from wherever, following the paradigm of welcoming cats of all colors, provided they caught mice. It could have gone either way. Today, it is such a phenomenal success story which no one has provided an apt enough phrase to capture. As late as last March at the 19th China Development Forum, Stephen Roach of Yale University said “No large developing economy has ever done what China has done …, transforming itself into the world’s most powerful export machine”. Roland Berger, founder and former head of the global strategy consulting firm by that name agreed with Roach by saying that China had confounded every forecast about it in the last 40 years and it had become uninviting to predict what could happen next. Mark Moody-Stuart, former head of Shell simply said China from 1978 is a story in “astonishing achievement” and thus the role model that other developing countries cannot but be interested in, mentioning Africa in particular.

It is against this background that what the Emir said at the May end Board of Governors meeting of the African Development Bank, (AfDB) in Busan, South Korea must be subject of further debate. Although he used Nigeria a lot to illustrate most of his claims, many of his listeners felt he was speaking to the situation in their own country: