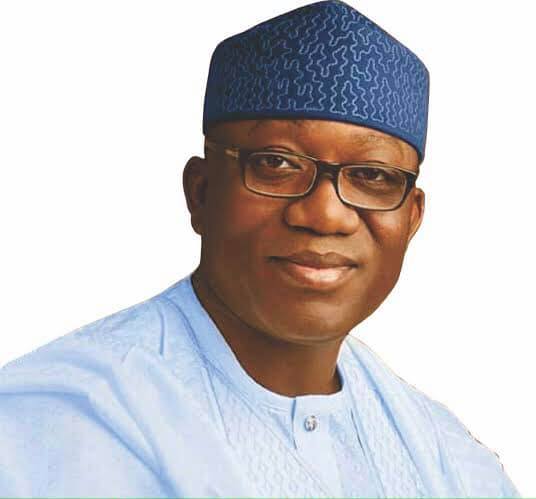 Gov Fayemi and the testament of 'unfinished greatness'

It is a long and involving speech worth publishing for the record, for those that may want to read it leisurely and so that we can always refer to it in future.

Ordinarily, a Fayemi standpoint is a subject of close scrutiny in terms of who is speaking and to what. 2023 is advancing fast and the country is, once again, hoping and hoping that something qualitatively new could miraculously emerge from nowhere. In that context, the voice of a two time governor, a former minister and a member of a pushful group within the ruling party would automatically be linked to millions of interpretations.

The site of the speech making has its own significance. The Centre for Historical Documentation and Research (Arewa House) is where Obasanjo, among many others, made a similar speech in 1994 that got him into trouble with Abacha and the consequences of that but also endeared him so well to the North, however understood. Obasanjo spoke truth to power in that speech but also won over the North.

The title of the presentation itself bears an uncommon pragmatism in its conciliatory tone: out rightly assuring the old guard that they have an accomplishment in putting the possibility of greatness on the table but also keeping a date with those angry horde at the barricades that they are right to want more and, by implication, he is the Messiah to do that. So, don’t joke with the expression ‘Unfinished greatness’

Nobody would write, edit and deliver a 6000 word speech at such a platform without aiming at power. This claim stands on two grounds. There is something called politics of platform. as Fayemi said at the opening, it is a great honour to be given such a platform because it provides a chosen speaker an opening to send a message to a specific audience. Two, language in use is itself constitutive of power. This is in the sense that the political being the most important part of social life and every argument or standpoint therefore being political means that the speaker’s position has a great chance of becoming the consensus. That is what connects language in use to power in that it enables the speaker to determine what should be the way out of the current flux.

It can be read as a case for gradualism, a case for a qualitatively new leadership in both the singular and plural and a case for caution in the language of negotiating the national question. There is something for everyone within the grand idea of gradualism.

It is possible that the current frightening national mood has forced the speaker to be too mindful of the national audience without any space for a framework for nation building. In other words, there is nothing clear about development strategy which should actually be the debate rather than the hot air called restructuring. The current extreme poverty will make nonsense of even the best restructuring because the structural condition for underdevelopment in much of Africa will also undermine the Eldorado protagonists of restructuring are waving at the people. Great intervention except that silence on the development strategy. In other words, if Fayemi becomes president tomorrow, is he going to follow Sam Aluko or Olu Falae?

Perhaps, it is not time to court controversy yet!

Unfinished Greatness: Towards a More Perfect Union in Nigeria

Nation-Building is a Continuous Work in Progress

Imperatives for a ‘More Perfect Union’

Greatness beckons – The Power of Leadership

Why the Media is Not Complicit in Conflict As People Think

Where is the African Union As Africa Descends Into War Again?

How Soon Would the Universities Come Alive Again in Nigeria?

Donald Trump Has Been a Failure on Iran