Storylines
Home De-Escalation Renewed Search for Peace in Nigeria’s Plateau State But Will It Go Beyond Mono-Causal Analysis?

Renewed Search for Peace in Nigeria’s Plateau State But Will It Go Beyond Mono-Causal Analysis?

Plateau State of Nigeria is in an understandable search for peace. Since September 2001, Plateau State has been in conflict in a manner that transcends easy characterisation. Mostly, ethnicity, religion, indigene/settler and elite-mass dimensions are cited as the sparks. It is thus a process that should interest the entire Nigeria because the state remains the best illustration of the progression of identity conflict in contemporary Nigeria.

As everyone knows or may know, ethnicity, religion, region, class and gender do not lead to conflict in themselves. In many circumstances, they even provide society with a model for redistributive justice. These identity types only become problematic when someone mobilises them for offensive or defensive options. It means that the most important question that peace practitioners should be interested in is: within which context did each of these identities become weaponised?  In particular, who mobilised the brutal dawn raids on communities, raids that reeks of rented killers who are foreign to Nigeria and are detectable as such by their utter lack of humanity in dealing with their targets? That experimentation with Plateau State in the past decade is what appears to have spread across Nigeria today. Interestingly, these happened under Nigerian presidents of every ethno-regional and religious identity: Chief Olusegun Obasanjo, Alhaji Umaru Yar’Adua, Dr. Goodluck Jonathan and incumbent, Muhammadu Buhari. 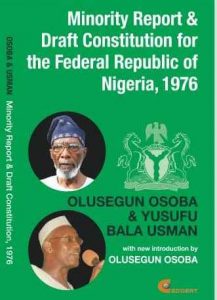 Against this context, information about who, what, how and why of violence in Plateau State should not be a problem by now. The conflict intelligence reports of the various security agencies should have them.  We should, therefore, begin to look elsewhere beyond ethnicity or religion or such categories if no one is putting out the information. In doing so, it bears repeating that, as in all conflicts, power is at stake. Violence in Plateau and in Central Nigeria, generally, is about power. It points to very coercive sense of how power may be acquired and consolidated on the part of contending forces. Whether the contending elite groups can be cured of this sense of power before Nigeria’s industrialisation is a question to ponder upon by the masterminds of the Jos peace effort.

Seen this way, peace in Plateau may have very little to do with the kind of on-going peace effort but in Nigeria defining citizenship properly. It is either Nigeria sticks to indigeneity or does away with it. In 1976, Nigeria did not listen when its attention was drawn to how problematic the indigeneity concept of citizenship could be. Today, that warning has come true. It is either the country drops that notion or implements it fully till such a time that a much more cosmopolitan elite takes over power. As long as that concept is retained, it provides desperate elite members a basis for invoking history in a mono-causal manner to support interests that may look popular.

It is important to adopt an inclusive approach by bringing in community, religious, political and youth leaders to the table to talk peace. Whether this will bring peace rests in speculation if there no serious, independent actors rising from Plateau and everywhere else to push for resolution of the question of what citizenship means in Nigeria.  As it is today, Nigeria has no definition of that concept. The one in the Constitution has become a threat to the nation.

There is thus the need to go beyond mono-causal or convenient analysis based on clever or shallow invocation of history of inter-group relations in central Nigeria as is the case by all contending parties in the Plateau conflict space.

Celebrating and Canvassing Public Support for the Nigerian Army @ 157

Gov Ortom Rules Out Another Lockdown in Benue State As SSG, COS, HOS, First Lady and Son, Others Test Positive in a Covid-19 Infection Wave