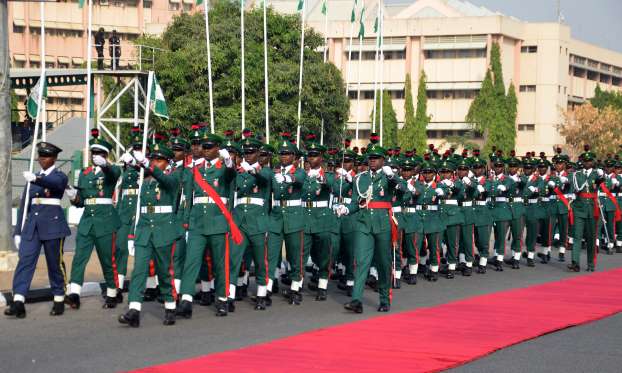 Observers have taken note of the passing of a major festivity in Nigeria in recent years that was not disrupted by a Boko Haram attack, in one form or the other. The on-going Muslim festival of Eid-el-Kabir has, so far, been without any such incident. “Whether it is a sign that the military has prevailed or it came by negotiation, it is a good sign”, says a keen watcher in a discussion with Intervention.

Although a clean wipe off of insurgency and insurgents is rarely obtainable, Boko Haram’s ability to still mount attacks after nine years of a counter-insurgency by an experienced national military in such matters has got people worrying. The absence of any successful such attack during this major festival is, therefore, being noted as possibly the beginning of the end of the nightmare.

Analysts such as Major Pat Proctor (as he then was) of the US Army have argued that what he called ‘media-enabled insurgency’ has seized the high ground in warfare from conventional militaries by using the media as the battlespace rather than the hi-tech that the American military, for example, had made the core of the current phase in the Revolution in Military Affairs, (RMA). That analysis applies substantially to Boko Haram’s media strategy but it has a gap in that the Nigerian military has had a history of successfully engaging insurgents without relying on high tech. That has made the counter-insurgency operation against Boko Haram a subject of academic interest to analysts of postmodern wars. 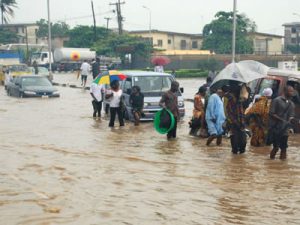 Although there were no insurgency attacks during the festival, there were other security challenges. The most notable concerns the overflowing and the flooding of households in and around Makurdi, the Benue State capital. Flooding has recently devastated spaces around Niger State in central Nigeria and the question they all raise is about Nigeria’s priority and preparedness for such predictable and obvious threats in the context of the geographical features of the country such as the river structure. In the case of the flooding in Benue, residents told the News Agency of Nigeria, (NAN) it has been a problem for the past twenty years. The Senator George Akume government in the state from 1999 to 2007 even awarded the contract for channelization but it was not carried out.

Now, Joseph Utsev, the State Commissioner for Water Resources and Environment, (Environment and Water Resources would have been more like it if language and meaning were taken seriously) is framing the issue in terms of dredging the River Benue and the externality of the state receiving nothing from the Federal ecological intervention budget for quite some time. According to him, “The on-going research so far shows the preliminary study would cost about N8billion while the main project would gulp N300billion”. That is to dredge the River Benue, the source of the angry waters.

Notwithstanding the killjoy from Benue, Nigerian leaders constructed the Eid-el-Kabir festival without any major departure in interpretative adventure. President Muhammadu Buhari who since left the Federal Capital to utilise the occasion to play the ‘home boy’ card in his native Daura in his first post-hospitalisation visit called for national brotherhood, a message which resonates against the background of a groundswell for restructuring informed essentially by resource nationalism. Yakubu Dogara, the Speaker of the House of Representatives understandably privileged peaceful co-existence and unity but missed the point in including tolerance as a requirement for national coherence. Who should be tolerating who in Nigeria, whatever definition of tolerance one takes? Alhaji Ahmed Makarfi, National Chairperson of the opposition party, the People’s Democratic Party, (PDP) asks for obedience to God, love and charity, virtually the same as what Sokoto State governor, Aminu Tambuwal asks for. Governors Akinwumi Ambode and Godwin Obaseki of Lagos and Edo states, respectively, restated measures to, in the words of the Edo governor “guarantee that everyone is secure in the state during the celebrations of this very significant event”. Dr Bukola Saraki is all for building a strong, united, economically sound and politically stable country. 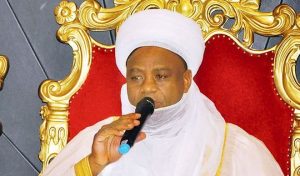 The Sultan of Sokoto

For the Sultan of Sokoto, the occasion was used to argue that it is the responsibility of all Nigerians to work for the unity of Nigerians. Charging people to desist from divisive activities, the Sultan declared the indivisibility of the country. Former Vice-President Atiku Abubakar, ever active in using the media statement outreach, departed slightly with the discursive gambit of identifying protection of the image of Islam from extremists as its greatest challenge. Recalling his first hand experience of what radical extremism has done to the Northeast where he comes from, the Wazirin Adamawa called on Muslims to reflect peaceful coexistence and Nigeria’s complexity,  condemning bigoty in favour of competence and commitment to national unity.

The Sallah holidays end on Monday in Nigeria.