Posted By: adminon: May 19, 2019In: SpectacleTags: No CommentsViews:
Print Email

In less than two weeks hence, Nigeria would have, for the first time in history, enjoyed 20 years of unbroken civilian rule. The presidential system which defines the 20 years has, as its core, the president. Represented by both the letter and spirit of the 1999 Constitution as the father figure, chief exemplar and the chief advocate of the nation, the president has no duplicate anywhere else in the power configuration in Nigeria. That makes it sensible to isolate the office in terms of the making or unmaking of the country. In other words, if the president is the chief guide and democracy in Nigeria is roughly the president, then how have the presidents performed since 1999? In particular, which of the four presidents since 1999 can be said to have done better than all else and in what sense?

It is very unlikely there would ever be consensus on what performance itself speaks to. What is clear is that no ideologues, followers or friends of any of the presidents since 1999 can claim that democracy in Nigeria has brought home Nigeria’s share of the massive expansion in quality of life across the world. Or that democracy has meant Nigerians taking regular supply of electricity or stable water supply, multiple lane road networks or well equipped schools for granted. No! All those are still far fetched. The notion of the best president since 1999 can, therefore, only refer to which of them stayed the democratic order farthest from sliding into chaos rather than about Nigeria having anything to show in terms of a manufacturing economy or a model of good governance. 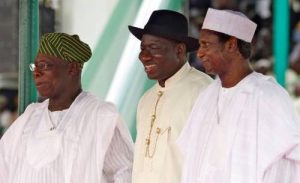 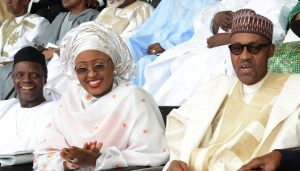 It is in that sense that an attempt is made below to establish whether it is Chief Olusegun Obasanjo who was in power from 1999 to 2007 or the late Alhaji Umaru Musa Yar’Adua who took over from 2007 to 2010? Is it Dr. Goodluck Jonathan who ran the show from 2010 to 2015 and from whom Muhammadu Buhari, the incumbent president, took over?

The above sequence shows that, aside from Chief Obasanjo, no other president has completed two terms of eight years yet. But the length of time each president spent in office is discounted in this assessment because Yar’Adua, for example, cannot be brought back in any way to complete his eight years just as Dr. Jonathan also might never be. Since their own time cannot be dismissed, even those like President Buhari who have spent four years will be scored along with those who spent eight years on one hand and those who spent very much less than that on the other hand.

The approach is to list as much random empirical facts for and against each of the four presidents and then try to situate such facts in their contexts towards arriving at a rating. 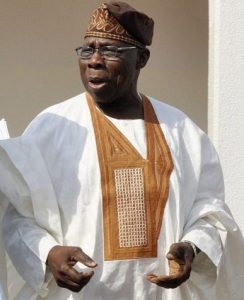 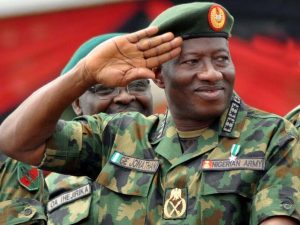 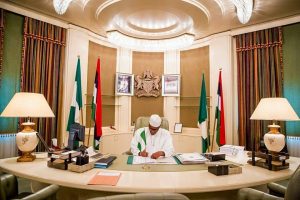 Assessment and the Result

Six key issue areas can be identified in the above survey and these are presidential personality; economic management model; level of corruption and style of fighting corruption; conflict management and security/peace; institution building and foreign policy.

From the above listing, none of the presidents since 1999 veered off the so-called market economy model. They all, therefore, score zero there with the possible exception of Umaru Yar’Adua who was moving towards the mixed economy model but not categorically enough to be exempted. Intervention stands to be corrected.

All the presidents since 1999, except Umaru Yar’Adua, killed or tried to kill the party that brought them to power

All the presidents since 1999 failed the Boko Haram test.

While Obasanjo scores 100 % in institutionalism, all the rest score zero there. Again, Intervention stands to be corrected.

Obasanjo’s foreign policy activism remains unmatched too. It doesn’t matter that some critics say he was looking for something like the Nobel Peace prize. It doesn’t matter because some of the discourses he promoted have consequences far beyond him.

The result is still in favour of Obasanjo when it comes to level of corruption/style of fighting corruption. This is to the extent that no other presidents has escaped the charge of selectivity

On conflict management and security or peace, none of the four presidents has been spared a dangerous moment. Obasanjo confronted the Sharia threat. Yar’Adua confronted the Niger Delta insurgency. Jonathan confronted Boko Haram and the 2015 election while Buhari has been challenged by Boko Haram, ‘herdsmen’ and bandits.

What this summary means is that even the management of breaking points is evenly distributed and each president’s score there can decide the final rating. This is for the simple reason that there has to be a country before any other things can happen.

From the records, Obasanjo de-escalated the Sharia crisis beautifully; Yar’Adua got it right on the Niger Delta crisis; Jonathan failed the Boko Haram test but carried the prize in handling 2015. Buhari is the only president yet to win a prize in this regard – Boko Haram is still rampaging aside from well armed ‘herdsmen’ and bandits. Matters have been compounded by the level of violence in the conduct of the 2019 elections.

The above paragraph leaves us with Obasanjo, Yar’Adua and Jonathan as contenders for the best president since 1999. It compels raising the question of which of the high noons could have spelt disaster faster for Nigeria as to warrant the president in power at the time to cart away the prize? Was it the Sharia crisis or the Niger Delta insurgency or the 2015 election?

This is the question that part 2 of this report will respond to!