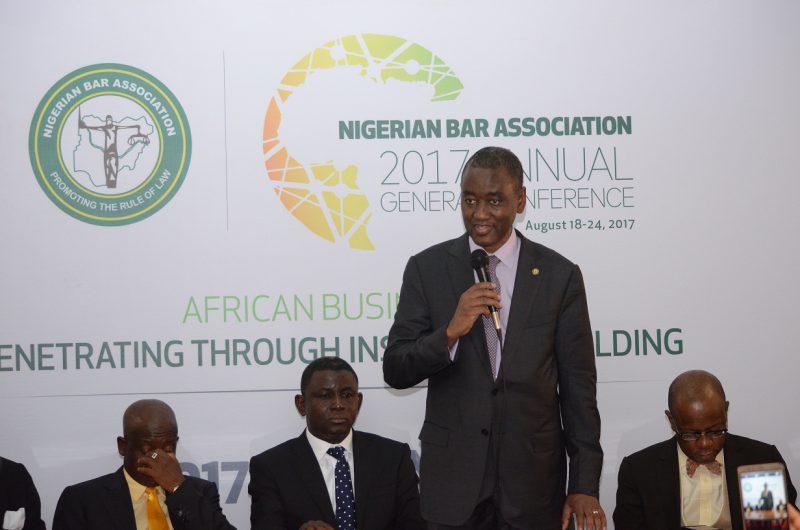 A. B Mahmoud, the incumbent president of the NBA 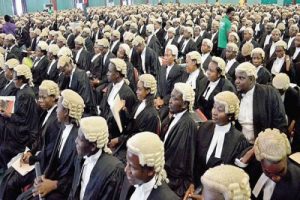 Elections into offices in the Nigerian Bar Association, (NBA), is still a long way off but a moral campaign to stop an aspirant to the presidency of the association is already on. Led by a a former Chairperson of the National Human Rights Commission, (NHRC) and a vocal member of the NBA, Dr Chidi Odinkalu, the campaign insists that the idea of Barrister Paul Usoro contemplating or being contemplated by anybody for that office speaks to how staggering the levels of impunity in Nigeria are today.

An unwritten law makes the Presidency of the NBA exclusive to Senior Advocates of Nigeria, (SAN) of which Usoro is but the elections are still far away. Dr Odinkalu must have, therefore, heard a whiff of caucus meandering that must be positioning Barrister Usoro. His statement signposts a war that might escalate. It would not be shocking if Barrister Paul Usoro’s camp comes up with a counter-narrative before the end of today. Nothing in all of that would be surprising. Without that sort of altercation, it won’t be Nigeria where, as someone says, aberration and the normal have no difference in what they signify. 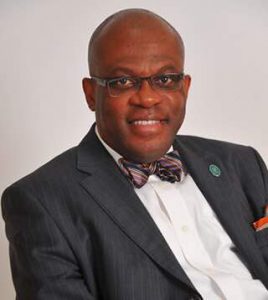 Barr Paul Usoro, (SAN): In the eye of storm?

In what appears a deft move against that this time, Odinkalu, a veteran of such wars, contends that in a sane country, Paul Usoro should be facing disciplinary proceedings at best and should have been disbarred, contending that “This idea that a lawyer who admits to having bribed a judge is even considering himself for the office of President of the Bar while the judge that he bribed is being prosecuted and the payments he made to the judge are exhibits in the case is worse than a terrible joke”. It is an insult to us all, he insists, and a duty for all to stop it.

Locating where Barrister Usoro’s aspiration injures his interest in his membership of the NBA, Odinkalu is arguing that Barrister Usoro has no standing in morality and even in law to consider aspiring for the NBA Presidency now or in future without it being an aggravation of impunity. While granting the right of all members to contest election to its offices, Dr Odinkalu is reserving for Usoro nothing beyond going before the Legal Practitioners Disciplinary Committee to clear his name or be disbarred.

What Comes After We Get Rid of Objectivity in Journalism?