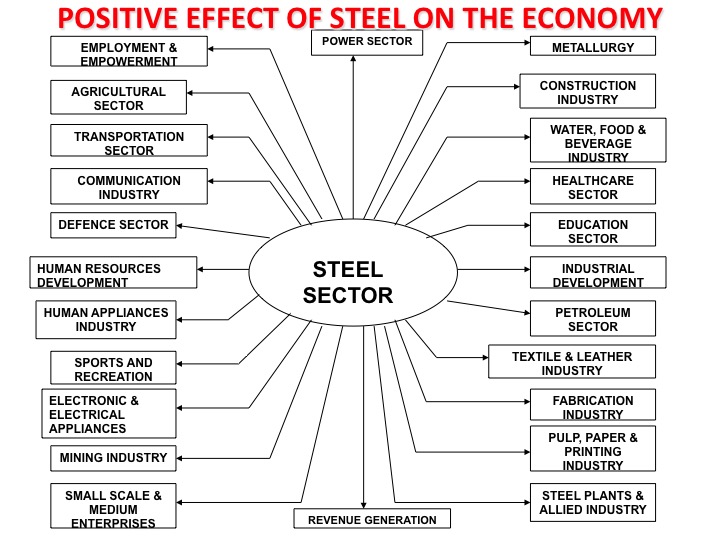 Will Nigeria’s Ajaokuta Ever Fly?

The Federal Government of Nigeria has just announced the appointment of Engineer Abdul-Akaba Sumaila as the Acting Sole Administrator of the Ajaokuta Steel Complex. The heightened sensitivity to politics of appointments and disappointments now more than ever before was such that the government had to indicate that Sumaila is taking over from Mr. Joseph Isah who has retired from service after the mandatory provision. For whatever reasons, the announcement was widely reported. How might a ritual get such media coverage when the company itself has remained in Intensive Care Unit for so long? That’s the first paradox about Ajaokuta Steel Complex in relation to the national direction in Nigeria.

It was born in crisis and remains in crisis, now becoming the definitive signifier of paradox in Nigeria. One of the three boldest, world class achievements of the Nigerian establishment, Ajaokuta Steel Complex saw the most profound fury of Nigerian nationalism but only to head into stalemate in the hands of nationalist doubts subsequently. Foreign interests did not like the idea. Their newspapers said it was not the sort of thing Nigeria should get into. Angered by such opposition, the Obasanjo regime moved swiftly and got the defunct Soviet Union from where the expertise came. Before anyone could say Steel Mill, there was it and Nigeria had entered the steel industry market, with the Nigerian State as the investor. It was a lightening move only very few ‘Third World’ countries could muster.

There are about twenty other industries rolled into one in Ajaokuta, each one relying on bye-products of the other. It was a giant leap by any standards, more so for it to have been established under the military regime. It contradicted the typecasting of Cold War scholarship that ‘Third World’ national militaries were no more than conveyor belt for anti-communism.

But by 2000, a Daily Trust columnist from one of the universities wrote how the same Obasanjo and people like Adamu Ciroma who supervised state intervention in the economy in the post war were back in power but now singing a new song of privatisation. The author prayed to be alive to watch the historic reversal. It did not take long in coming. Most of the government companies were not working. A programme of ensuring they did not work well appeared to have succeeded. Initially, the government remained persuaded that the answer was to commercialise them because to sell them made no economic, moral and strategic senses. That was the position in 1984 under Buhari. Babangida regime which pushed aside the Buhari regime in 1985 changed all that. By 2000, when Obasanjo came back to government and consolidated state disinvestment, some people in the old NLC argued back by saying that if corruption were the headache, it was the responsibility of the government to deal with it.

Engineer Abdul-Akaba Sumaila, the man with the impossible job of simultaneously being adviser to both Shell and Nigeria

The ideological agenda encapsulated in the TINA narrative had obviously done its groundworks across the system. Very soon, there were editors, academics, spokesmen and women, politicians, ‘captains of industry’ and even traditional rulers campaigning all over the place for privatisation on the ground that ‘government has no business in business’. Concessioning, Private-Public Partnership, outright privatisation and such innocent looking but value-loaded phrases filled the media, deployed by people who have no iota of what they mean in the politics of “accumulation by dispossession”. Today, nobody appears to know what is happening to Nigeria’s Ajaokuta.

On February 23rd, 2017, The Punch reported Senator Ahmed Ogembe representing Kogi Central as betting the revival of the steel mill soonest. The Senator who was addressing a meeting of Ebira People’s Assembly was categorical in this, saying “We are doing everything possible to make sure that the company comes back to life”. According to Punch, he was not alone. Members of the House of Representatives from that constituency were with him which is important for those who might be tempted to dismiss his assurance as something meant for consumption of the folks.

Still relying on a March 15th, 2017 report, the nation was to learn from Dr Kayode Fayemi, the Minister for Mines and Steel Development that the Federal Government actually planned selling “the Ajaokuta Steel Complex to a private sector operator with the capacity to turn around the fortunes of the beleaguered company”. The Minister was speaking during a visit to the plant where he too was categorical that the company would no longer be run as a public concern and that they were looking for “experts with proven track records and the required financial capability” to kickstart the process. That was surprising to the ears, coming after a costly out-of-court settlement with the Indian ‘experts’ to which the Nigerian Government had entered into the initial concession deal but which the government saw the concessionaire to be flouting. So, some people read the news about disinvestment as a case of doing same thing over and over again in anticipation of a great outcome.

However, on May 8th, 2017, the out-gone Sole Administrator, Mr Joseph Isah provided a wider canvass on the issue by saying that government was considering outright sale, concession and joint venture partnership as possible options for reviving the company. He attributed this to the report by Greenwich Trust Limited, the new face of wise men serving as government’s advisers on the issue.

By Mr. Isah’s facts in the report, it would cost about $700m to complete the plant; another $663m in external infrastructure financing for the transportation of the plant’s raw materials and final products, all these compared to about N6tn Nigeria spends annually on the importation of steel products. According to the then Sole Administrator, in 1994 when the Federal Government stopped funding Ajaokuta, the first phase of the project had attained 98 per cent completion and in 2000 when the original contractor, TPE of Russia, audited the complex, only $400m was required to put it to good use within 24 months “but the Federal Government again failed to implement the proposal”

At this rate, it makes sense to ask if Ajaokuta will ever fly. Are the interests at work not just too powerful?