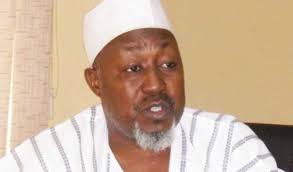 Scheduled local government elections in Jigawa State has escalated into the arrest of Alhaji Sule Lamido, immediate past governor of the state. The story of Lamido’s arrest broken by Premium Times a short while ago was immediately countermanded by an alternative flash which said specifically that Lamido was not arrested but was actually in Bamaina, his village rather than the police in Kano. However, unimpeachable contacts confirmed Lamido was still with the police in Kano as at 5 pm Sunday evening. His invitation and arrest is not unconnected with a protest by the state governor, Alhaji Badaru Abubakar who alleged that Lamido planned to make the impending local council elections impossible.

Observers of Jigawa politics hint the discomfort of all the parties with the scheduled election. While PDP is ready, it fears what a ruling party can do. The APC, on the other hand, is fearful of the risk of electoral humiliation in the complex politics of Jigawa. If a plausible breach of law and order could justify a shift in the election, it might serve its purpose, it is claimed. The speculation is that Lamido might be slammed with a restriction in movements contrary to the current situation whereby he is said to be moving around a lot, attending weddings and other social events. People who have done critical analysis of the petition also claim that the former governor might be slammed with amassing weapons. Although Intervention did not speak with Lamido, authoritative sources hinted these are the likely direction his interview by the police must be taking.

Jigawa has since 2006 been declared the poorest state of the federation. It might no longer be so but the situation has not dramatically changed.  The people get worse even as governors claim hair raising performance credentials. The incumbent governor of Jigawa State, Badaru Abubakar has, though not been in the media at all, much less make performance claims. A clash between him and Lamido who likes to see himself as the Generalissimo in matters of politics is considered by many as a foregone conclusion. That is Nigerian politics where issues of poverty and underdevelopment are subsumed by power play.