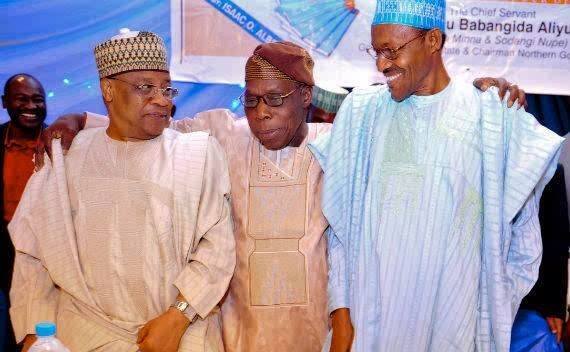 A cohort in terminal disarray, set to close shop with a titanic clash?

Former president Obasanjo has his own idea of who climbs power at the centre in 2019. His political discourse of Nigeria and his discursive practices thereto in the past few months attest to that. His strategy appears to be that of generating a bandwagon and watch it transform into a bandwagon effect. Nigeria works by such bandwagon effect. Since 1999, that’s how it has been, from Obasanjo to Yar’Adua to Goodluck and to the incumbent. As Nigeria’s most tested godfather, it is impossible not to watch Obasanjo’s moves. He gets it done. Not once, not twice but three times – 2007; 2011 and even 2015. His ways in the politics of power from 1998 to date in particular deserves to be studied and documented for posterity, for future politicians unborn. Can the former president still accomplish determining who becomes the next president of Nigeria?

Although, it is not in the forte of a journalist to undo the protocol of the right of first refusal, President Buhari’s sagging health has question mark implications on his candidacy in 2019. Besides the health crisis, the regime has run into storms of criticism from all corners of Nigeria. If, for whatever reasons President Buhari should steps aside before 2019, Prof Osinbajo, his deputy would step in. Not only would he step in, he would have automatically inherited Buhari’s right of first refusal in 2019. The first foreseeable problem for the Obasanjo plan would be how to dismantle Osinbajo, especially if existing positive disposition to him continues. He may not be ambitious himself but what if fortune smiles on him in terms of the first president Nigeria might elect by acclamation? It is not impossible.

There is a second source of threat to the perceivable Obasanjo strategy in the many aspirants who have rolled up their sleeves in the APC. Of particular note is Atiku Abubakar. It would not be that his peers and opponents would be comfortable with his emergence but the possibility of him overwhelming everyone may not be dismissed. The diffuseness of reality is such that the most plotted against could still emerge the biggest winner. Donald Trump is the latest unbeatable evidence of that. Moreover, Atiku has got the knowledge of the field of play, the human and material resources and he knows that this is his last chance. 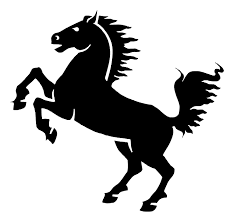 The third threat to imagined Obasanjo plan is where a dark horse with overwhelming credentials for power emerges between now and 2018. Wouldn’t the former president find himself standing alone? Of course, there are people with overwhelming credentials in Nigeria, many of them even unconscious that they do. But their candidacy can catch popular imagination beyond anything Nigeria’s dominant players might have expected. What happens should one such dark horse be backed by a combination of forces and factors beyond Obasanjo’s control?

The fourth and final of the potential threats would be the PDP. Obasanjo might have made the mistake of his life by declaring the PDP dead. It might have been a psychological warfare gone wrong because it would seem to have alerted certain PDP elements to the survivalism that keeping PDP alive is a task that must be done. And they are moving.

These four are besides the overpowering issue of zoning which is weighty to the extent that it would have been a constitutional issue if the Abdulsalami regime did not erroneously remove it. In other words, it was fought for, debated and endorsed in the 1995 political conference. People died for it in Lagos. People and political tendencies that did not, for ideological and practical political reasons, believe in it have come round to accept it because they see the need to peg the desperation for power among the elite or run a big risk of destroying the country. Although the APC is not believed to be so categorically committed to zoning, it is well known across and accepted among them. It might have decided the choice of their presidential candidate in 2015. Unless Osinbajo manages to win by acclamation, power would be expected to remain in the north for another four more years from 2019. But for a country like Nigeria, arriving at such an elite pact ought to be seen as an achievement. Now, it is heroism or even radicalism for flaky analysts to attack zoning. The assumption is that zoning would go on till such a time the country would have overgrown it and the kind of situation people like the late Abubakar Rimi were canvassing in 1999 might then apply. Rimi’s argument then was that anybody from anywhere should be allowed to seek the presidency.

Dr Alex Ekwueme in the midst of other Igbo leaders: who next?

Now that the military wing which brought Obasanjo himself to power in 1999 is saying that to keep PDP alive is a task to be accomplished, would the former president take them head on? It cannot but the ultimate clash of the titans. Former President Obasanjo has though corrected the impression that he said it is the turn of the Igbos to rule in 2019. Rather, he has said he merely sent an alert on the danger of keeping the Igbos out of power at the centre any longer. But, even at that, many would say Obasanjo was being very unfair on Nigerians. It was not a decision of Nigerians that Igbos be marginalized or kept out of power. Dr Alex Ekwueme was the leading candidate of the PDP in 1999. He became the leader of the PDP even before the party became an organizational reality. For a long time, he was the candidate of first choice until the Generals came and said there was another candidate. And their candidate was Obasanjo. What happened that things that happened before everyone’s eyes only yesterday are twisted today just to push a particular position?

What seems clear is a breakdown of consensus even among the cohort – the top five or so Generals who have, directly and indirectly, held the fate of the country in their palms particularly since 1999. It could never have been imagined that such wily, worldly individuals would agree on all issues. It was, however, never expected that they could disagree to the extent of spilling everything on the street. That has continued to happen since 2008. So, who are those who will calm the rest of the country from the path of mass madness if the members of the cohort are not too far from the warpath among themselves? Can they still say no one should laugh when Generals are laughing?