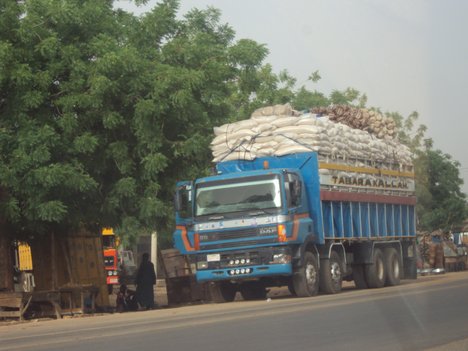 Is this how much of the food escape Nigeria?

Is a Food Crisis Still Impending in Nigeria?

Is a Food Crisis Still Impending in Nigeria? 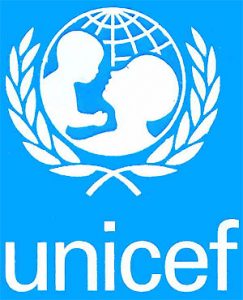 Nigeria has been inundated with alerts and alarms over risk of famine since September 2016. Is it the case that the best possible arrangements to forestall such a risk have been put in place or it is still possible that Nigeria is truly at the risk of famine? What might such a frightening situation look like in Nigeria now? It is difficult to ignore or dismiss the risk of famine in Nigeria in view of the sources that have consistently sounded the warning. The UNICEF/UN; international media organisations such as The Financial Times of London as well as The Guardian, (UK); Chief Audu Ogbeh, the Minister Agriculture; The Presidency; aid agencies and humanitarian players are united in sounding the warnings.

The UN’s UNICEF had first said on July 1st, 2016 that 250,000 children under five were at risk in Borno State, suffering from acute malnutrition. It estimated 50,000 dying if the situation was not well handled. By the middle of the same July, the UN itself warned of a food crisis on a horrendous scale, estimating two million people to already be in need of food assistance because they were cut off in the north-east where Boko Haram insurgency was/is raging. “Thousands of people will die” was how Toby Lanzer, the UN’s Regional Humanitarian Coordinator for the Sahel put what he considered to be of the same magnitude as the humanitarian crisis in CAR, Darfur and South Sudan. 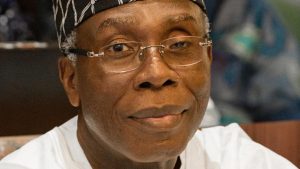 In his September 2016 emergency meeting with commissioners for agriculture in 12 states of the federation, Audu Ogbeh, the Minister for Agriculture’s crisis analysis was vulnerability to an attack of locusts, quela birds and army worms said to be massing up in Niger Republic. As at then, an army worm invasion had already led to maize shortage, resulting in significant rise in the price.

Speaking for The Presidency mid November, 2016, Mallam Garba Shehu indicated the risk of famine in Nigeria if the volume of export of grains was anything to go by. In his own case, he dared to be specific by putting January 2017 as when the famine might break out. Said Garba “huge demand for our grains in the global market is creating an excellent environment for the mindless export of Nigerian grains across our borders and unless this is curtailed, Nigerian markets will be bereft of food by January next year.” He was, he said, relaying a ministerial advisory to The Presidency to draw national attention to a situation in which not less than 500 trucks of grains leave the Nigerian markets on a weekly basis for outside Nigeria’s borders, a situation government was, according to him, not inclined to tamper with in the spirit of free market forces. Rather, he put the task of checking it as a moral obligation for producers whom he charged with ensuring that “our citizens have access to food”. He made people to ask whether Nigeria was not acting the fools of the market in behaving that way, asking the citizens to go and police the border? 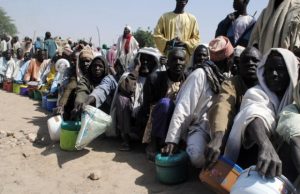 Those who need food most

“A projected 5.1 million people will face serious food shortages as the conflict and risk of unexploded improvised devices prevented farmers planting for the third year in a row, causing a major food crisis,” was another warning early December 2016 by Peter Lundberg , the U.N. Deputy Humanitarian Coordinator. This time, however, The Presidency was miffed and responded by expressing its concern with “blatant attempts to whip up a non-existent fear of mass starvation by some aid agencies, a type of hype that does not provide a solution to the situation on the ground but more to do with calculations for operations financing locally and abroad”.

The week of this mild response was also the week The Guardian (UK), for instance, came up with an editorial piece “Return Corrupt Cash to the Poor”, (December 4th, 2016) in which it said pointedly that “there are clear warning signs that a famine looms while the international community stands by, watches and waits”. Typically The Guardian addressed its editorial to the international community which has the advantage when you are talking of the capacity to halt famine anywhere in the world, with particular reference to returning money stolen from Nigeria. But it is important its own estimates is that the humanitarian situation is same as “what happened in Somalia six years ago when a quarter of a million people, half of whom were children under five, died”

In that sentence, the newspaper gives an idea of what a food crisis could look like. The paper was actually reinforcing what the Nigerian Minister for Agriculture had said before. At the meeting with the 12 commissioners for Agriculture already referred to, Audu Ogbeh said “This country would be in turmoil” in the event of a food crisis. Interpreters infer such to mean anything from slow death from hunger well spread from adults to children, the sick and the old. Some estimate as high as 70-80% of the population being affected because “in that situation, we are not just talking of the unemployed and the underemployed but also those in employment but who are not collecting their salaries as and when due”, said an economist.

Hunger and malnutrition would connect to escalation in the disease profile. And schools would have to close, Intervention was told. “We would not be able to run schools in such a situation because we don’t offer food to pupils anyway”, a major proprietor said. What happens to religion in such a circumstance is better imagined than mentioned. Just as crime and criminality would explode! If people are already stealing pots of soup across the country due to the hardship under recession, what would happen at a time of mass hunger can be threatening.

Supposing the warnings came hyperbolic rather than reflection of the true position on the ground? Intervention understood that the warnings and alerts cannot be false because those involved in that process have developed the criteria for arriving at their forecasts. A major one is said to be the reliance on the demand and supply indicator. If what was demanded and supplied fell far below comparative figures, then something strikes the organisations involved as having gone wrong with food security. That sends a signal that much less food is available and it indicates trouble, irrespective of why much less is available for a population that is still stable. In the current case in Nigeria, the conflicts across the country, the exchange rate differential, the impact of climate change (such as the drying up of Lake Chad) as well as government policies could have been responsible. But whatever it is or whatever combination of factors, the point being warned against is starvation.

It is not clear if such a situation would acquire a regional character. It is not clear how far rice growing in the east, yam production in Abakiliki, fish farming in the south-south and root crops generally in the south have been affected as for a food crisis situation in Nigeria now to be universal. The fusion and interdependence across Nigeria will make a food crisis a national calamity, it is asserted. The speaker hinges the conclusion on the national spread of existing hardships as the basis.

So far, it is what used to be northern Nigeria that is most primarily at risk. While the north-east caved under insurgency, the north-west is locked into criminal banditry in which thousands of cows have been stolen, leaving the owners agriculturally stranded. This is also applicable to the north-east because rustling is equally a Boko Haram insurgency tactic. The north-central has become a virtual battle ground of diffuse wars. Herdsmen violence can be disruptive of agricultural production in the areas affected. It puts harvesting in particular at risk as everyone is running for dear life. Earlier this week, an emir was attacked in Southern Kaduna. If an emir could be attacked in a rural area, what happens to an ordinary farmer going to his farm? The entire northern Nigeria is thus under agricultural emergency. Yet, the area is over 70% of Nigeria’s landmass. A region which, under normal circumstances, has higher incidence of poverty and underdevelopment is bound to be at risk of real hunger in additional circumstances of violent conflicts in a nation under recession. The drying up of the Lake Chad has aggravated the cycles of disadvantages just as the overthrow of Saddam Hussein and Muammar Gaddafi. These were the ‘bad guys’ who, however, kept the trouble makers in check in the Middle East/North Africa axis.

The overthrow of these policemen one after the other has opened a floodgate of bandits, mercenaries and refugees the management of which nobody has an answer, from the UN to NATO to the US to the African countries. International security experts, particularly of the International Strategic Studies Association who recently published a book on the Red Sea and the Mediterranean agree on this, pointing out the mindless manner the great powers went about this as a major destabilizing force in Africa. Whatever their weaknesses, the two dead gentlemen had control of their territories. The collapse of an entrenched actor such as Gaddafi in the way it happened was bound to be destabilizing, Libya also being one of the largest landmass in Africa, sharing borders with Egypt, Sudan, Lebanon and Mali. There were enough economic activities in Libya to absorb migrants, refugees, terrorists and mercenaries from that axis. Now, many countries are at all sorts of risks following Gaddafi’s elimination as these groups flooded out. Tragically, many African countries have no idea of what has hit them, imposing interpretations on a mainly new development along old, local differences. Who knows what happens to some of them before they get their acts together.

In Nigeria, the rise of bandits, mercenaries, migrants and terrorists is stretching national coherence to its outer limits. The above resume of violence testifies to that. It is not that the Nigerian State is not powerful but the approach of insurgents is to tie down a giant, using marginal groups to hit the government. It could go out of control if food crisis is added to recession. Taken on the whole, the warnings of the risk of famine have been too consistent and too well spread to be ignored. A country of Nigeria’s territorial and demographic stature cannot afford such a risk, more so at a time of recession. Food crisis even in normal times makes a lot of people go without food. If the government has already taken measures to avert that, then such should be categorically communicated. If that is not the case, then agitation for action ought to be part of the game.

The Minister for Agriculture has privileged enhanced rice production in Kebbi but if The Presidency’s alert indicates anything, it is that good harvest is no guarantee against food crisis. This is more so that the Federal Government is like asking the producers and farmers to add policing of the border to citizenship in deference to market ideology. The farmers have responded to the call to increase production. To ask them to also worry about policing the borders or to appeal to merchants to stop trading in Nigerian grains, for example, is equal to abandonment of the fundamental security role of the state. The way forward is to stop all rhetoric of free market economy when the risk of famine is the issue in question. No other nation-state does otherwise. The January/early 2017 that some of those who issued the warning point to as plausible starting point of famine is here now. Is it the case that the best possible arrangements to forestall such a risk have been put in place or it is still possible that Nigeria is truly at the risk of famine?