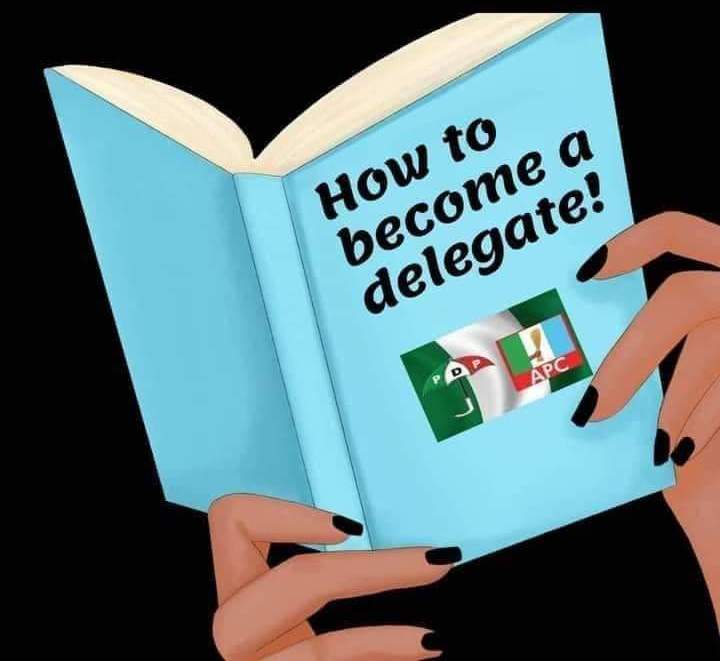 One of the features of the journey to 2023 so far

Sure as death, the year 2023 must come. That is for those that will be alive, given the commonality of death in the country today.  The general elections will also hold and for those peddling the idle Third term, it is illusory as it is unfounded as the constitution does not broach a third term.  Assuming it does, there is no basis for consideration of third term for this government because it is a spectacular disaster; an unmitigated failure even in the area of it was ranked promising which is security.  The psyche of the nation is badly bruised and citizens have been traumatized beyond words since 2015.

Can Kola Abiola, the Presidential candidate of the People’s Redemption Party, (PRP), the closest to a radical party in Nigeria, pull a surprise?

The difference between the ruling All Progressives Congress, (APC) and the main opposition People’s Democratic Party, (PDP) remains that of a half-a-dozen-and-six.  Another electoral circle has come and the politicians are, once again busy, criss-crossing the country, running from pillar to post on who should become the next president, next this and next that.  There is defection here and there and the politicians are jumping ships not for altruistic reasons to salvage the country but to satisfy their appetite and greed for power.  The only consistent and probably principled politician amongst the lot so far is the unbridled, super brat and loquacious Nyesom Nwike of Rivers State who has pitched his tent with PDP all the way. The politicians want power qua power alone and what happens to the nation afterwards takes the second place.

The credentials the politicians parade is ethnicity, religion and depth of their pockets from filthy lucre and graft.  The ruling elite are not imbued with any philosophical ideas on how great empires were built and sustained, which is the reason why we are losing the country while they play politics. The Independent National Electoral Commission (INEC) continues to be a work-in-progress. Can INEC birth credible election where the candidate that emerges would be the choice of the people?   It is not impossible because when one says yes,  his “chi” (god)  also says yes; meaning it depends entirely on the will of the people.  Deployment of technology for elections is far from being perfect obviously for political reasons.  Vote buying and ballot snatching is still pervasive because we are not prepared to do away with electoral heist.  Election has been reduced to combat where hooligans and touts are recruited and paid by politicians to subvert the will of the people.  Free, fair and credible election is still possible with a little measure of integrity and patriotic fervour.

Will the umpire rise above electoral chicanery?

The nation needs a clinical operation for a change to be led by dynamic youths who are neither Christians nor Muslims and without ethnic identity, but Nigerian citizenship.  Mind my word, I am not saying that whoever is going to deliver this country doesn’t need to have a belief system. I am rather saing that should be his own personal relationship with whatever he chooses to worship. Nigeria remains a secular state and religion should not be employed as divisive tool; especially when those religions are known to preach love and brotherhood.

The augury is ominous that the country will be more divided beyond 2023, whoever wins the election.  The election is not going to heal the wounds of the nation as it is not meant to do so because, head or tail, we are still confronted with the same bunch of political leadership responsible for the problems in the first case.  The political elite behave like buccaneers who obtain political power through sorcerers, herbalists and marabouts and no country can go far with this fetish bunch as leaders.  Our politicians have littered the land with blood while we are behaving like a people under spell, fighting and dying for the same people exploiting us as if our heads are paining us.  The people that survive as politicians are mostly those that are corrupt and without any moral scruple and integrity.

Our leaders have crippled every institutions of government including the health sector and jetted away to Europe for medical tourism even for common cold and flu.  Now, the life of the ordinary citizens does not matter to our leaders and they harvest the life of a poor man to save their own lives and that of their children, and you are praying for them, continue! The only prayer they deserve is that the evil they have done to this nation will find them out; this is just the beginning.  You cannot abandon critical institutions in your own country to decay and go and enjoy the infrastructure built by other countries with stolen wealth and still believe that your country will develop.  That is wishful thinking!

Nigeria today exist as a mere expression and the only reason we have not come to terms that we have  lost the nation is the fact that there are still some resources, especially oil revenue to be shared.  Look at the pattern of campaign today, it is either an appeal to ethnicity or religion and the voting pattern is not going to be any different come 2023.   The icing will be the financial inducement which is the sacrificial object to appease our appetite, hunger and poverty that they have driven the people.  We saw it in the just concluded Ekiti governorship election which clearly showed that we have not learnt our lessons yet. 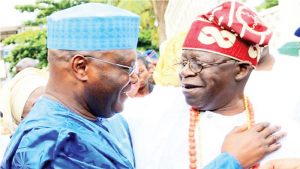 The two leading candidates at the moment anyway 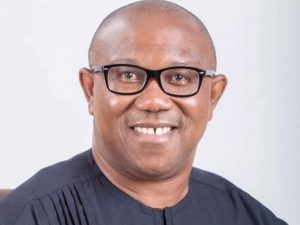 Can Peter Obi decenter the establishment?

The race to 2023 is gathering momentum and I had previously given it as a straight fight between the ruling APC and the main opposition, PDP but the rumble in the social media and lately some vociferous interest groups could also be pointing to something of a revolution in the offing that may upstage the status quo. That is assuming that Nigerians are capable of infusing revolutionary change of a pan Nigerian agenda.  I am still persuaded that our behavioural pattern favours the two leading parties – APC and PDP while I hold that Labour Party will make a huge impact but not enough to turn the apple cart.

The three leading candidates have their strongholds in their ethnic groups and appeal to their religious faith.  The campaign is neither issue-based nor about competencies.  It is mostly vulgar attacks, lies and half-truths elevated by the social media.  The Church is campaigning and they have their preferred candidate just as the Muslims and their preferred own.  On the other side is the usual refrain and stereotype of tribes and ethnic nationalities.

If the Christians will vote for a Christian and Muslims vote for a Muslim, and an Igbo man votes for the Igbo candidate, the Yoruba man will naturally follow one of their own.  The Hausa Fulani as a matter of filial affinity will stand behind their own.  Now what is left of Nigeria?  If this is the case, how are we going to have religious and ethnic harmonies and integration?   Whoever loses in the election is going to shout blue murder and ethnic militias are going to carry the campaign from there and hell will be let loose with the already suffocating situation we are living in.

Already there is self-imposed restriction of movement in all parts of the country through travel advisory because of activities of armed men operating freely in every parts of the country unleashing mayhem on citizens without discrimination.  The noise for self-determination will fill the air and get louder, and it will come with the usual campaign of violence.  The greatest burden of Nigeria today is to have ideologically vacuous youths without patriotic fervour.  They are not able to break away from the primordial sentiment of ethnic cocoon and rally round a unifying factor to build Nigerian citizenship.

Why the security forces are not able to rein in the marauding band of criminals is giving us migraine.  The Governor of Kaduna State, Mr  Nasir El Rufai has told the world that the government and the security forces know where the bandits and criminals are and I do not doubt him a bit that it is true but why they have not gone after them and rout them out is a cause for concern.  The state of insecurity is going to be with us for a while, that being because we have clothed it with religion and tribal garb.   We embrace bandits because they come from our tribe and share religious belief with us.  We do not have problems with militia groups and unknown gunmen because they are liberation fighters for self-determination for us.  Very soon, just very soon, nobody would be able to leave his household to the next compound.  We are sunk if we fail to severe bond with these criminal elements and deal with them decisively as one.  Now we already have insurgents with franchise of international terrorists’ organizations with sleepers’ cells across the country.

As usual, the ruling elite will manage the electoral process and bring in a new government just to secure their position and ensure continuous exploitation of the people.  In Nigeria, the ruling elite have no tribe or religion; they share everything in common.

Whoever becomes the next president should be a decision for every Nigerian and if we trade our votes for a pot of porridge and go to prayer houses the next day for divine intervention, God will not now answer us.  The power to choose who govern us is in our hands.  If we expect a change, we should take a break from the old order.  Let us rise and salvage the nation.