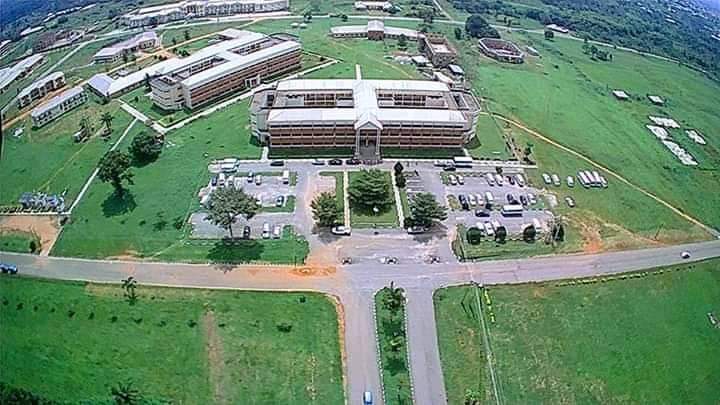 Who should lead this intellectual space and why?

Like similar relevant posts in the recent past, the advertisement for the Vice-Chancellorship position of UNIOSUN found its way to the exalted WhatsApp forum exclusive for Nigerian Communications Professors. In no time, it found its way to a couple of others I share with some other intellectuals. And then, somebody hauled a “prayer” at me, asking if I won’t give that a shot. I smiled away the suggestion. My friend insisted, arguing that testing waters with a rising profile may not be a bad idea for me coming from not only the most university-endowed state in Nigeria, but also the most university endowed town, Ede.  Ede plays host to two great universities, Adeleke University and the Redeemer’s University. My friend continued: “What about the confidence once expressed in you by Professor Soremekun, Federal University, (FUOYE)’s pioneer VC after his strong impression of your passion for LASU registered in one your series of media articles about that university? What about your pioneering efforts in intellectualizing the domestic affairs of the university with which you have inspired younger academics, students and even the alumni alike? And your extensive connections in the development sector? I can continue…”  my fried asserted. But I believe the opportunity will beckon at the right time. It just doesn’t seem to be now.

Soon afterwards, I overheard someone say now is the time for my immediate past dean at the LASU School of Communication, Prof Rotimi Olatunji. I was keen on hearing Prof Olatunji’s reaction.  I was really anxious hoping, seriously, he would like to do it so we can sit down to organize our home front with all the credible and smart experts and take time to formulate a winning formula. I was so confident he would immediately earn the support of everyone at LASUSOC. I also believe the man with the ceaselessly rising profile would clinch the UNIOSUN ticket.

My confidence in Prof Olatunji is premised on a number of variables which incidentally may already be well known to colleagues at UNIOSUN. Yes, the same UNIOSUN! Olatunji as a patriot-he is from Osun State-had elected, without being pressured, to spend a recent sabbatical leave he took from LASU at UNIOSUN. My own firsthand experience with the indomitably energetic scholar radiates by the day.  Indeed, it was part of what compelled me to share with the world the story of how LASUSOC, under Olatunji, led  LASU to its premier national honour, when, for the first time that university emerged as  Nigeria’s second best university. If we agree that charity begins at home, who at LASUSOC will not rise up to vouch for Olatunji’s tenacity, transparency and fairness which the nation’s university system needs most substantially now? Is it intellectual strength? Ah, he made a first a First Class at the first degree level from the nation’s foremost first generation university, University of Ife, as it was then known. Olatunji’s keen attention to matters of intellectual integrity is already becoming a national affair How? I don’t know of any worthwhile mass communication programme which the LASU’s first professor of Public Relations and Advertising, and indeed one of the nation’s first, for which he has not served as an external examiner. The National University Commission, (NUC), also bothers him repeatedly for accreditation of communication programme around the country on account of his erudition and discipline. To my surprise however, Olatunji isn’t keen yet.  The superactive researcher who has earned a most enviable respect from both the academia and industry locally and internationally has handled integrity-challenging research and allied assignments successfully with applause. He appears to currently have his table filled with assorted intellectual engagements which he seems to treasure over and above the job of VC that is largely administrative. Perhaps, later.  Maybe, serious pressure from fellow patriots from Osun will, some day, persuade Olatunji to give that position some consideration

Surprisingly, what Olatunji dismissed as sheer distraction is a subject of serious contention. I have heard people describe the advert as a design against some particular professors. Is it? Frankly it comes on as an extremely detailed offering for a position for which a tested scholar is being sought, incidentally, steeping it into some avoidable grammatical slips least expected from a citadel of learning expecting the towering best for its numero uno position. Indeed, respected scholar and newspaper columnist, Prof Ayo Olukotun, remarkably notes that the ad is rather skewed against humanities and social science scholars on account of the publication requirements. But which university in Nigeria indulges in restricting promotion of professors to its own confinement? How, we may also ask, does the number of paper published translate into managerial competence? This is not dismissing a specific employer’s needs and standards for its employees but a reasonable moderation and or balance may not be distasteful afterall.

To a serving VC, for instance, the UNIOSUN requirements are just apt:”… The spirit of the advertisement, to me, is that subjective scoring of any candidate wont just be possible. In the  usual adverts that some see as “normal”, the “oracles” may decide to, and indeed they score the best candidates lower than their preferred mediocre candidates, because, the criteria for scoring are hidden and known only among the less than 10 panelists in the final selection process. The UNIOSUN criteria are in the public domain. No hidden agenda…  that’s the way many universities will go in their search for VCs henceforth…the era of 100 applicants for position of VC should be over. It makes a mockery of the position and the academia. It happens only in Nigeria… the position is open, no one is excluded. No discipline, race or creed is excluded. Excellence is borderless, raceless, creedless. It’s just what it is and this business is global… The employers have only stated the eligibility criteria and this may be difficult to fault.”

There are, however, lessons to learn from the experience of some high achieving individuals who have evolved before our very eyes.  Tony Elumelu, more prominently known as the Chairman of UBA that has become a pan African bank, readily comes into mind here.  In his most recent post on the LinkedIn website, he urges ambitious youngsters to always muster the courage to fight timidity. He recounts applying for his first job despite the fact that it was clear the stated requirements were clearly above what he had.  But he refused to be deterred and fired his shot. To his surprise, he was called for interview and he got the job! The rest today is history. According to him, in retrospect, what happened was that his potential employers were painstaking and therefore ensured a thorough scrutiny of the applications of all bidders. They therefore decided to select those who registered manifest passion for the job and finalized their list.  To his fellow employers, Elumelu now counsels that they should endeavour to be meticulous in screening potential applicants’ applications as the best candidate(s) may not radiate any conspicuity at all.

Indeed, yours sincerely emerged a British Chevening Scholar even as I didn’t hold either a First Class or Second Class Upper Degree required of applicants. However, I did all I could to justify the fact that I deserved it as a potential leader in all I was doing.  My interviewers that year, 1999 – two white men – made it clear that it was my sole responsibility to blow my own trumpet for others to hear, not for them to support me. I was adjudged suitable eventually. So, now that UNIOSUN has spoken, it is the turn of the potential VCs to respond with whatever they have as credentials.

May the best candidate emerge as the VC of the only university of my Osun State to build on the conspicuous and inimitable accomplishments of the incumbent, Prof Labo Popoola and his team on the council chaired by the incorruptible Yusuf Alli, SAN.

The author, an associate professor of journalism, is the pioneer director of  the Digital Media and Research Centre of the Lagos State University, (LASU) in Nigeria