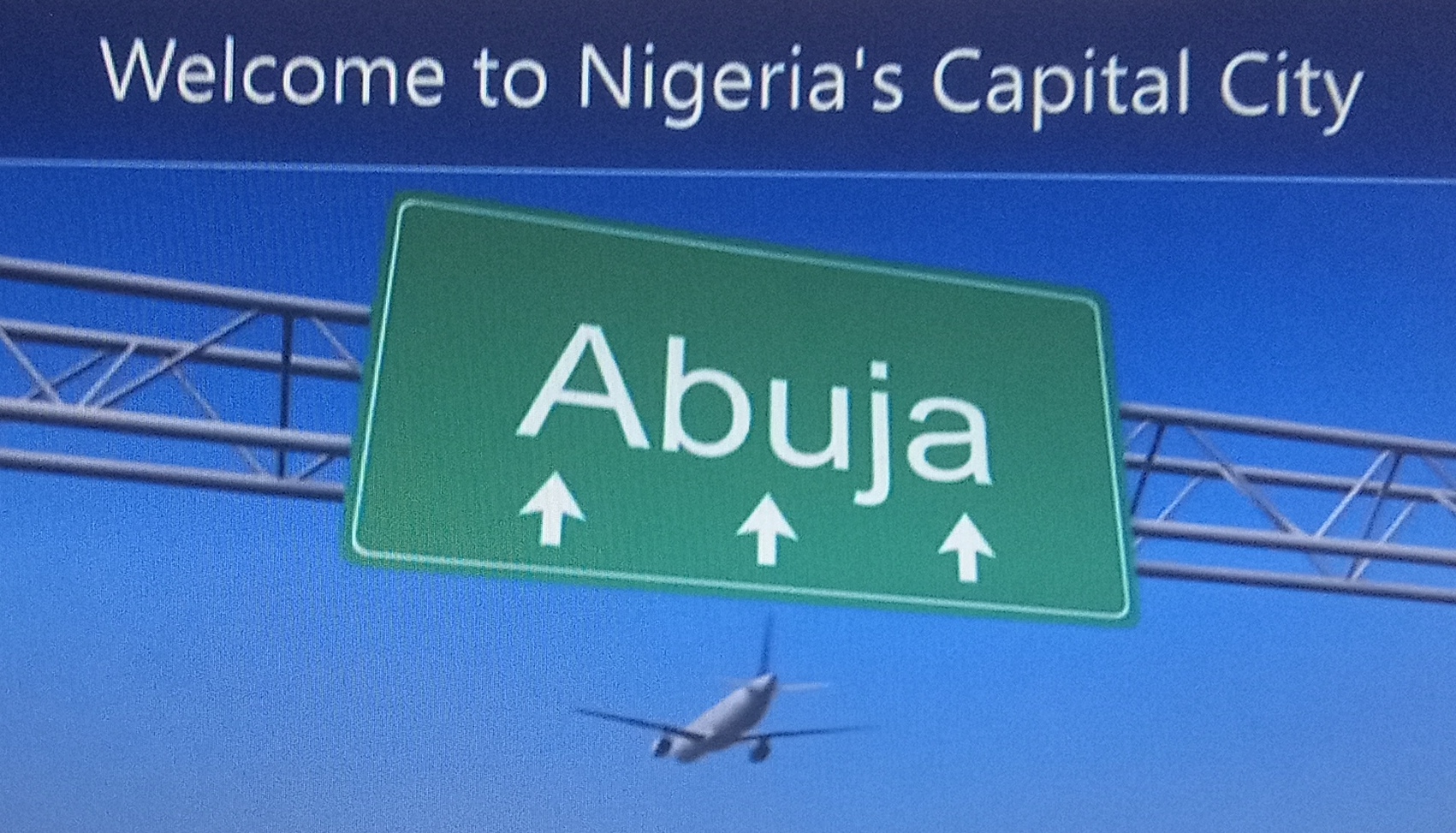 Abuja is God’s Own Capital City, Create Six More of It Across Nigeria – Abba Gana

Engineer Mohammed Abba Gana, former FCT Minister from 1999 to 2003, says Abuja, Nigeria’s capital city is God’s own capital city and he is calling for six more of its type across the country. Advancing his reasons for insisting on the creation of six more Abujas in a speech at the public presentation of Dr. Jummai Ahmadu’s “Abuja: The Evolution and Development of a Capital City” February 9th, 2021 at the International Conference Centre, Abuja, the former Minister said, among others, that it is not only a strategy of spreading development but also create millions of jobs. Going down memory lane as Special Guest of Honour, he unfolded the role by successive Nigerian leader – Murtala Mohammed, Obasanjo, Babangida, Abacha, Obasanjo and others in the making of Abuja. The speech is published unedited below in deference to history:

As a former Minister of the FCT, I am really happy to be part of this historic event as the special guest of honour.

I am pleased to state on this occasion coinciding with 45th anniversary of the creation of Abuja as the Nation’s capital city. Abuja has succeeded beyond all expectations in serving all the purposes of its creation as Nigeria’s new Federal Capital – multi-ethnic, multi-religious and multi-cultural modern city. It’s very suitable as centre of administration, good for business, good for tourism, good for commerce, good as centre of learning with several universities in and around it. Abuja has also good medical, business, social and entertainment facilities and modern international airport connecting us to other countries of the world. There is no other capital city in the world which has grown in size, facilities and amenities like our Abuja in just 45 years. Abuja is also centre of diplomacy in Africa with vibrant local and international media and civil society.

I think there is urgent need to create more cities and towns in all the six geo-political zones with same character or model like Abuja but not the size or population to fast track national unity and integration. The federal and state governments and our organized private sector, spear headed by real estate developers and other interested investors, can and should be able to do this to create millions of jobs and economic opportunities and prosperity. It’s a great win – win venture.

On this 45th anniversary of Abuja, Nigeria’s federal capital, it’s in order to mention some of the milestones and the actors. The need for a new federal capital for Nigeria has been a moot point for some time. But the liberal and cosmopolitan lifestyle in Lagos would not allow policy makers and technocrats in government to crystalize the idea. Reliable sources said even the great Gen. Yakubu Gowon, former military Head of State had plans for new federal capital but he was removed as Head of State before his dream would become reality and part of Nigeria’s history.

It was the radical and progressive military administration of Gen. Murtala Mohammed which seized that great moment in history to create Abuja as Nigeria’s new Federal Capital Territory by military decree, all within the short six months or so of his administration’s life span. He was killed in an unsuccessful military coup, May Allah (swt) forgive all his sins and grant him Aljannah Firdaus. Amin!

Obasanjo taking charge in 1999 and a return to handling Abuja

Gen. Olusegun Obasanjo who was Gen. Murtala’s Second-in-command as the Chief of Staff, Supreme Headquarters was appointed by the military high command to succeed late Gen. Murtala. Gen. Obasanjo as Head of State accepted, implemented and consolidated all the decisions and plans of late Gen. Murtala including the new FCT and handing over to democratically elected government on October 1st, 1979. Gen. Obasanjo had played good and sincere comrade in arms. He kept great promises with loyalty to Nigeria as one and united country.

The phenomenal growth of Abuja as Nigeria’s new federal capital territory started in earnest in 1990 when Gen. Ibrahim Babangida suddenly decided to relocate the seat of power/government from Lagos to Abuja after surviving the deadly but unsuccessful Major Orka coup. With seat of power now in Abuja, Gen. Babangida started building Abuja with military urgency and precision. All the major government buildings, federal secretariat and other office blocks scattered all over, State House building, National Assembly building, Apo Legislative Quarters, International Conference Center, International Airport, City roads, water and electricity supply network, Abuja-Kaduna-Kano road and lots of housing estates and other public buildings were provided in a matter of two to three years by Gen. Babangida.

Gen. Sani Abacha also provided some facilities and public buildings. For example, the huge Gwarimpa Housing Estate and the impressive National Hospital were all built during the Gen. Abacha’s regime.

The Federal Capital Territory, Abuja also witnessed considerable improvement and expansion during the eight years of President Olusegun Obasanjo, 1999 – 2007 in which I served as the FCT Minister. For example, that was when the National Stadium and the 600+ housing units for athletes (Games Village) were built. We built the 2nd phase of the Federal Secretariat (Head of Service), 2nd phase of the National Assembly Complex, the 2nd terminal building at the Nnamdi Azikiwe International Airport; completed and commissioned Maitama, Asokoro and Garki hospitals. We did a lot of improvement to electricity and water supply in Abuja. It was also during the time that the Obasanjo administration adopted/introduced the Mass Housing policy to substantially increase affordable housing delivery in Abuja. It has become very successful affordable housing delivery mechanism up to now. 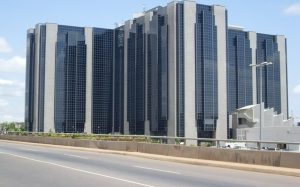 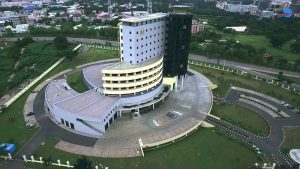 President Obasanjo also approved the children’s park & zoo during that tenure. We were able to complete and commission it in 2002. Also during my tenure the now famous Unity Fountain and Park near Transcorp Hotel was built by the owner of IRS Airline as part of their corporate social responsibility. Similarly, the Millennium Park was designed and built by Salini Nig Ltd as part of their CSR. They brought to me the proposal and design which I recommended to then President Obasanjo and he promptly approved. President Obasanjo directed me on extensive tree planting and town beautification which we successfully did. As the city will continue to grow, President Obasanjo directed me during my tenure to plan and design new districts as well as the satellite towns. During President Obasanjo, we provided a lot of engineering infrastructure to improve transportation for future expansion of the city.

President Obasanjo built the multi-purpose banquet hall within the State House as official facility and event center. Former President Goodluck Jonathan provided some infrastructural projects and is largely responsible for the Abuja-Kaduna rail line. The President Buhari administration has taken the wise and commendable decision of not abandoning all the on-going projects they met in FCT and they have continued to fund them until they are completed, depending on resources available.

Finally, it’s important to note on this occasion of the 45th anniversary of FCT Abuja that the decision of late Head of State, Gen. Murtala Mohammed, to create a new Federal Capital at Abuja for our country has stood the test of time as none of the successor administrations after late Gen. Murtala, about twelve (12) of them, both military & civilian, ever looked back on the matter of the need for new Federal Capital Territory for Nigeria, our country, since the decree was passed 45 years ago.

Therefore, the decision to create Federal Capital Territory, Abuja is one decision in Nigeria, our country, which has enjoyed absolute national consensus of all Nigerians. It is a really God given capital city of unity. Therefore FCTA Abuja has come to stay forever, God willing/Insha Allah. May God continue to bless FCTA and make it greater and greater. Amin!

It is now my pleasure to present this well written reference book on FCT Abuja by Dr. Jumai Ahmadu (PhD) to the Nigerian public.

India, Not United States of America, is Nigeria’s Model of Federalism – Emeka Anyaoku

Obasanjo @ 84 and the Case for Taking ‘Them’ Seriously