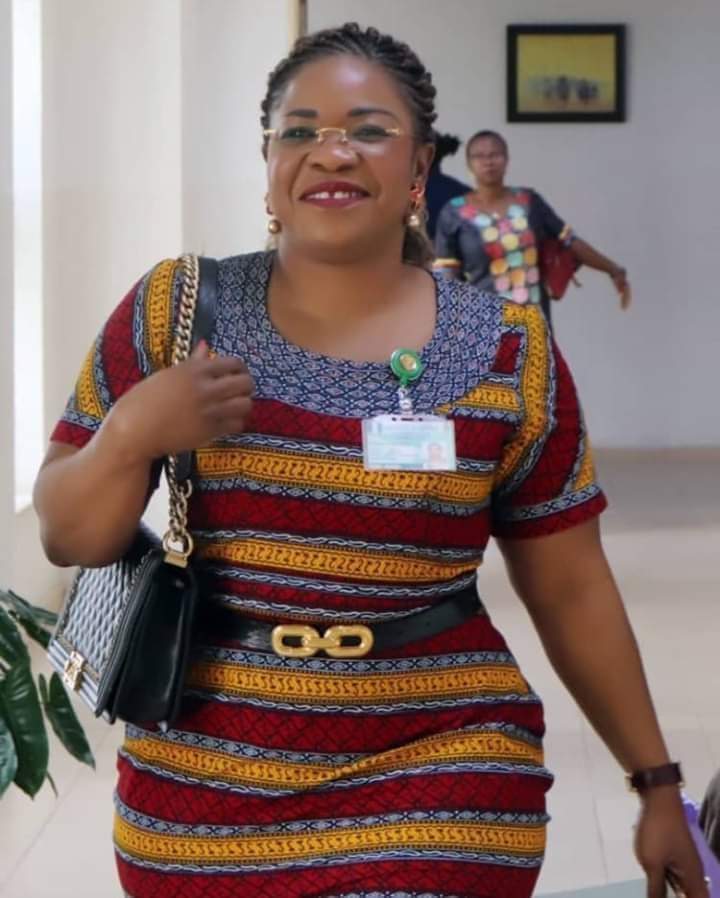 A rising radical or just another politician?

Why is APC Shutting Down Otukpo for Lady Blessing Onyeche Onuh?

Nigeria’s ruling party, the All Progressives Congress, (APC) is set to shut down Otukpo town in Benue State again Friday this week when it hands over its flag to a decampee into the party. The entire Otukpo was shut down last Saturday, December 12th, 2020 when APC leaders were to hand over the party’s flag to the emergent Iron Lady of Idoma politics and daughter of two time Senate president, David Mark by name Lady Blessing Onyeche Onuh, currently a member of the House of Representatives. 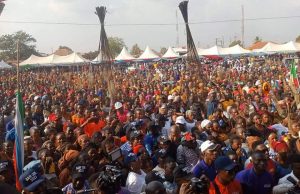 Otukpo last Saturday and likely to be same tomorrow again

Party supporters had gathered, danced and heard rally speeches but the climax was shifted because APC national leaders demanded so when they could not arrive Benue State that day as a result of a failed plane arrangement.

This Friday, the crowd will reconvene and, if all plans go well, the Speaker of the House of Representatives, Mr. Femi Gbajabiamila, Governor Abdullahi Umar Ganduje of Kano State, Minister for Special Duties, Senator George Akume and powerful APC leaders from the state such as Senator Ameh Ebute, Chief Audu Ogbeh, Chief Steven Lawani and a host of party leaders will bear witness to the process.

So, why such a high-stake ranking for an otherwise merely symbolic exercise of handing over the party flag to a new comer into the party, involving bringing in so many party supporters and shutting down the entire Otukpo for a whole day?

Intervention is learning that it may not be unconnected with the Senator David Mark profile. The daughter of the former political heavyweight is, by ordinary standard of reasoning, expected to follow the father’s party and so on but here is a situation whereby she is joining the father’s opponents’ camp, thereby hinting of a major crack within the Mark family, politically. While that may not be entirely strange, it is bound to be seen as the begging of the wrecking of the David Mark dynasty, again politically. This is notwithstanding that Senator Mark has said he is no longer a politician but a statesman, a declaration many have difficulty in believing because of the perception of him as a master of stealth in Nigerian politics whose political hands and legs they still perceive here and there.

It may be too early to calculate the degree of political damage to him but it is instructive enough that Lady Blessing not only contested under the All Progressives Grand Alliance, (APGA), she also campaigned for the APC presidential project in 2019.

The second analysis of why the event is high-stake is what Intervention heard to the effect that the APC will be excited by anything that reduces its negative image. Nigeria’s ruling party is thoroughly embattled. An unusual stalwart as Lady Blessing joining the party at this point in time is something they will consider positive.

Closely related to the second reason above is the local manifestation of an impending national struggle for power. The outlines here are still fuzzy but those with clearer eyes can figure out emerging patterns.

An equally weighty reason is the state of the APC in Idomaland. The party has notable names such as Senator Ameh Ebute, Chief Audu Ogbeh, Chief Steven Lawani and a few more others. But while Senator Ebute, for example, is more of a party elder, Chief Audu Ogbeh operates more at the national level. Chief Lawani is more comfortable playing at the upper elite crust. Although the party Chairman, Abba Yaro, comes from this axis, it is not clear if he’s got the cash and the clout to put men to work. This has left the party somehow without a leader whose moral, financial and political clout could enable the party assert itself vigorously. Hence, the messianic welcome for Lady Blessing who is acknowledged across the board to have the family name, (David Mark’s daughter), an individual standing as a philanthropist, mobilisational capacity and a forceful political personality. Her coming is thus seen as a relief for the party in the zone.

A very credible source in radical activism claimed that no politician has Lady Blessing’s standing in the zone, saying she has massive followership and is seriously on the ground. She recalls how she won her election into the House of Representatives in 2019 in such a manner that her PDP opponent could not even protest the results because it was so massive, so fair and square.

Although our source could not profile her ideologically, she told Intervention that ‘the boys’ went all out, blocked the streets in celebration of her victory.

Her specific interventions include a Foundation – Eyum Foundation by which she ably captured the urban poor, especially women through massive infusion of sewing machines, wrapper, (Hollandis); endless training in sewing; soap making, entrepreneurship, household skills and the likes. The training organised in batches has covered so many already, it is claimed, a claim that is not interrogated given the mammoth nature of the crowd on December 12th, 2020 and which may still be the case on December 18th, 2020.

The question arising from the consensus that she is “very, very genuine” is then whether she is a radical come to judgment or just another smart politician? This might seem to take time to decide. Nobody is putting any ideological tag on her yet. People seem satisfied that she is doing what she is doing in spite of her privileged background.

What she demonstrates at this reception is her acceptability at both the lower level as much as at the upper level. Party leaders from outside and inside the zone as well as the state are converging just to receive her into the party. At the same time, the masses claim her enough to turn up at Otukpo each time for the event.

Senators Akume (standing) and David Mark in a previous picture

So, is this a qualitatively new development in Idomaland or just another passing phase? This is important considering that her father, Senator Mark, was welcomed in Idoma politics with tremendous expectations. In late 1998 when he returned from exile after the demise of General Abacha, all those who had positioned for the Senate post readily and voluntarily yielded ground to him. One of them reportedly said Mark was the most courageous guy to defend Idoma interests. Whether he fulfilled the expectation is an open question today.

Senator Mark has always rated himself as a performer as far as Idoma interests is concerned. His critics contest that, saying that Mark related to everyone either as friend or enemy rather than a leader when he was Senate President. That debate would go on for some time to come in Idomaland.

APC in Idomaland is simply bringing back to memory the fascinating but conservative argument of elite theorists that “although it is also true that history is the graveyard of aristocracies, but from that graveyard arise, phoenix-like, forever, newer elite formation to eternalize the cycle of domination”. This does not require any elaboration as it is just another way of expressing the “Iron law of oligarchy” or the view that, in reality, politics is about the rule of a powerful minority. The elite theorists told us that this is because “the few should rule because they do in fact rule and because only a few can rule” as “the many do not and never will”.

In other words, the circulation of elite is a reality. Yesterday, it was the PDP, today it is the APC as the convergence point. It is the same elite!

The second reminder from this event will be the point about the transient nature of political power. Senator David Mark was everything about power yesterday. Today, he is embattled, his own daughter’s entry into his opponent’s camp becoming a big spectacle because it is seen as something that diminishes him, politically.

Puzzles to reflect upon except that the flow of politics hardly allows for that sort of reflection!