Originally published as “Tsinghua’s ‘global first-class’ status is just the beginning of China’s ambition”, this piece invites reflection on the university dimension of the competition for global primacy among the great powers. The author, Futao Huang, is saying “Chinese universities’ pursuit of excellence with socialist characteristics aims to put them in the company of Harvard and Oxford” 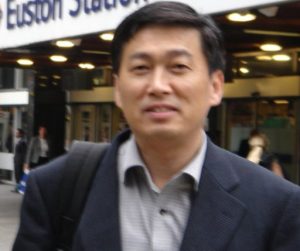 People who have watched the rise of Tsinghua University up the international rankings will not be surprised to learn that the institution has recently been officially designated a “global first-class university” by the Chinese government.

In Times Higher Education’s World University Rankings, for instance, the institution has risen from 58th place in 2010-11 to 20th in 2021, making it Asia’s top-ranked university.

However, being first-class in Chinese terms is not merely a matter of demonstrating internationally leading research, education or socio-economic impact. First, only national or local public institutions that are included in the Double First-Class excellence project are eligible for the status. Second, the universities must also devise specific operational strategies in accordance with national-level guidelines, and must accomplish all the stated goals according to predetermined timelines.

According to the report of Tsinghua’s external evaluation – conducted by a former Chinese vice-minister of education – Tsinghua has met its Double First-Class goals (formulated in 2015) and fulfilled all the missions in its strategy relating to operational quality, social impact and international reputation. It has completed various reforms of internal governance and career structures, such as introducing a tenure track system, performance-based salary schemes and new academic promotion frameworks.

But even this is not enough. A third condition of global first-class status is that universities must emphasise the utmost importance of the Communist Party’s leadership and commit to a pursuit of excellence with Chinese characteristics. Tsinghua’s evaluation report affirms that it has indeed adhered to the socialist direction of the Party’s educational guidelines and actively explored a way to be a global first-class university deeply rooted in Chinese soil.

It has, for instance, has been called a “cradle of red engineering”, producing vast numbers of outstanding experts with a collectivist ideology since the late 1950s. According to its current president, Qiu Yong, Tsinghua has strived to supply innovative solutions to Chinese and global social problems while pursuing top-level academic excellence. Evidence of that is seen in the fact that although it receives less funding from the government than its great rival, Peking University, its overall income is the highest in the country because of its ability to generate about 80 per cent of that through knowledge transfer activity in 2020.

This all matters because universities with the “global first-class” designation are rewarded with a number of privileges. They are able to access additional teaching and research funding, for instance, and have more institutional autonomy to recruit students and staff, including from overseas. 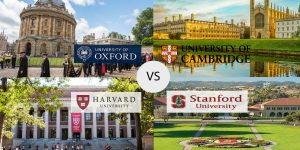 The club of the big names so far

But Tsinghua is not above criticism. Within China, observers note that, compared with graduates of other comprehensive universities in the Double First-Class project, the participation of Tsinghua’s alumni in national-level R&D is relatively low, especially relating to strategic security projects. Tsinghua’s graduates prefer to make fortunes in high-tech companies or banks, critics contend, or join the Party bureaucracy. In addition, many Tsinghua graduates have moved abroad for further study or research – but few have returned to China.

Moreover, critics contend, for all its vast scientific output, Tsinghua’s production of truly groundbreaking papers is still low compared to other world-leading universities. It is often noted in this regard that no Tsinghua graduates have yet won a Nobel Prize.

There is no official word on when the evaluations of the other top universities listed in the Double First-Class project will be published, but there is little doubt that these institutions will also be deemed to have accomplished their 2020 goals. But the ministry’s aspiration won’t end there: global first-class universities are required to be firmly established among the world’s elite universities by 2030 and be the very best by 2050.

However, it may take more time than that for the global reputations of the likes of Tsinghua to rise as high as those of Harvard University or the University of Oxford. And the Chinese government is well aware of the difficulty of entering such company.

In a press conference on 24 September, a Ministry of Education spokesman admitted that – in my translation – “we must be soberly aware that the overall strength of China’s higher education is still far behind the world’s first-class universities…There are still very arduous tasks to complete, especially if we want to achieve the goal of building first-class universities and first-class disciplines and make China’s universities enter the forefront of the world in terms of quantity and quality by 2050.”

Still, Tsinghua’s progress so far is impressive – and emblematic of a system on the rise. According to a Chinese saying, one leaf knows autumn; in higher education terms, that autumn looks like it will be golden.

Futao Huang is a professor at the Research Institute for Higher Education at Hiroshima University and co-investigator on the Centre for Global Higher Education’s global higher education engagement research programme.

Who Can Stop Bella Alubo?