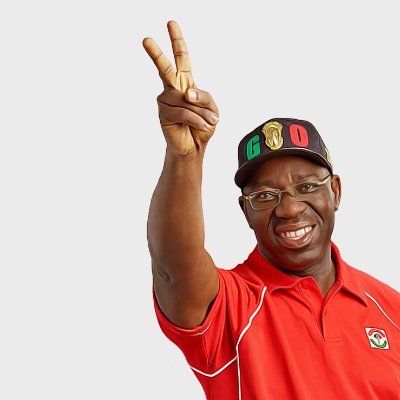 Posted By: adminon: September 21, 2020In: NewsLogTags: No CommentsViews:
Print Email

A truly heavy rain leaves no drizzles. This is what the off-cycle gubernatorial polls in Edo State held Saturday confirms. The resounding victory of Governor Godwin Obaseki has given hope to liberal democracy in one country called Nigeria where it has been otherwise impossible. 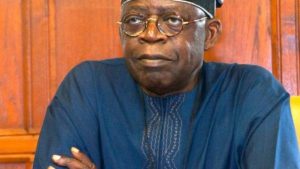 Bola Tinubu: Edo as first major signal to the ‘anointed’?

The electoral humiliation of ‘godfathers’ is what has made the victory too symbolic as to open up again the prospects of liberal democracy in Nigeria. Hitherto, the prospects have been dim because the centrality of material and coercive muscles and rigging in determining the outcome of elections in recent years had begun to produce near irreversible pessimism.

The Saturday election in Edo State had been particularly inviting. Both leading candidates – Godwin Obaseki of the People’s Democratic Party, (PDP) and Pastor Ize-Iyamu of the All Progressives Congress, (APC) were too balanced as for anyone to be sure of victory. Both are from the same local government, meaning there was no ethnicity or local regionalism to manipulate. Both are linked to royalty, meaning it was not a contest between the son of a peasant and the son of a chief. All the deputy-governor candidates came from the same Senatorial District. Each has his relative rooting in the state in the sense that both the two of them had been a high state official in the Edo State Government previously. So, none was a ‘stranger’ in the sense of having been away elsewhere for most of the time.

Godwin Obaseki did not have godfathers threatening fire and brimstone in the same manner that Ize-Iyamu had Adams Oshiomhole and Bola Tinubu doing for him but his new party, the PDP is an elephant when it comes to electoral battles. The party has generalissimos who may be temporally down but just temporarily: Atiku Abubakar, Bukola Saraki and other members of the rear-guard. Above all, there is the PDP’s forward team, led by Commandante Nyesom Wike, governor of Rivers State. So balanced that those knowledgeable of the balance shuddered to think of what would happen if there was a stalemate in the voting pattern as to leave room for manipulation. 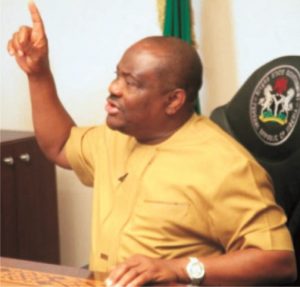 Violence was particularly feared. It was not a misplaced fear, given the balance in that regard too in terms of capacity for violence that had become manifest. It was not for nothing that the Benin monarchy, for example, had to intervene through pre-election peace deals between the candidates.

But, like June 12, 1993 presidential polls, the day came and went peacefully. The first positive signal was the massive turn out. Whatever explains that enthusiasm, it was a positive turn. And then there wasn’t violence in the magnitude that was feared. What some observers are also whispering is that Abuja did not particularly seem to have interest in the outcome. Oh yes, this is being said but only in low tones yet, with bolder ones adding how APC governors and storm troopers such as Bello of Kogi State who could have proved the bulwark against APC defeat stayed off, signifying continuation of the revolt against the Jagaban within the APC. Lastly, some people claiming extra knowledge of Edo State politics are saying the most definitive incentive is rejecting godfatherism. This, it is said, was what was driving the huge turnout. In the end, the incumbent retained the prize, with a wide margin, dealing a deadly, irreversible blow on godfatherism well beyond Edo State.

Assuming that everything said so far were correct, what then is the challenge from Edo2020? Should Nigerians now take Obaseki’s victory as indicating the capacity of the people to defeat extraneous forces in all cases? The electoral oracle in Nigeria would laugh such to scorn. The next election might turn out a travesty if everyone were to buy into that. What appears to have happened in Edo State may not be far from the point that one man – Adams Oshiomhole – exceeded the bounds of contradictions and got repaid in his own coins. 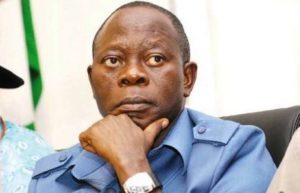 Look at the songs he sang in 2016. Obaseki almost needed nothing additional to that for his campaigns in 2020. Secondly, his about-turn in favour of godfatherism which he proclaimed at rooftop to have defeated in Edo politics but only to turn around to embrace it, thereby sending the message that it is bad only when others are involved. Only God would know how happy Tony Anini must have been in his grave Sunday morning as the figures of victory rolled on the news scroll!

In other words, where animus against a particular personality or idea as has been the case in Edo2020 is not the story, the electoral outcome may still go to the person with huge, inexhaustible war chest. If the next off-cycle election could follow Edo pattern, then Nigerians might be gradually sending signals about 2023. Of course, the stakes are much, much higher when presidential power is involved but no less significant are these ‘early warnings’.

Whichever is the case, it seems to have become clear to all stakeholders that there is a price to pay for foolishness in deciding candidates. The PDP would still have been in power at the centre if it had fielded a different candidate other than Goodluck Jonathan in 2015. The APC would still have been in power in Edo State if it did not radically short shrift itself by dropping Obaseki. As bad as the conduct of elections since 1999, certain features are also emerging that should be taken note of!

5 Challenges to INGOs’ Funding During and Beyond Covid-19

CISLAC Slams Advocates of Sanctions on Nigeria Over #EndSARS Protest