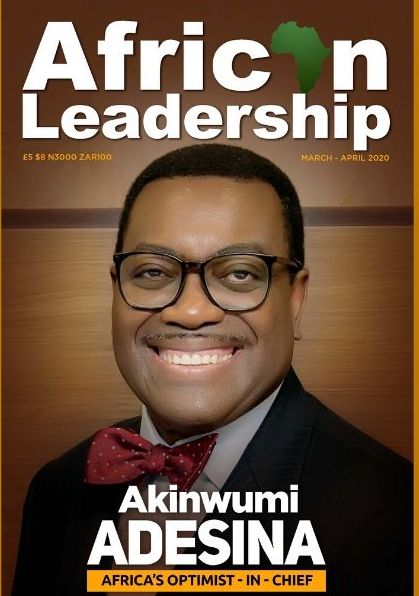 The Balance of Power That Will Decide AfDB President, Dr. Akinwumi Adesina’s Fate

Posted By: adminon: May 27, 2020In: SpectacleTags: No CommentsViews:
Print Email

Nigeria’s Dr. Akinwumi Adesina is still the sole candidate for re-election later this August for a second term. But he has come under a torrent of allegations. What is not clear is whether the allegations have been timed to undercut his re-election or it is nemesis catching up with him.

A lot will depend on how Nigeria understands what is unfolding

Whichever one it is, it is the balance of power involved that would decide. The United States, the Western world and China are all involved along with Nigeria as a key player, being one of the big shareholders. Nigeria is unlikely to defend him if corruption allegations are substantiated. In that circumstance, powers such as the United States whose Treasury Department is insisting on independent investigation of the allegations against Dr. Adesina would have their way even if the allegations are untrue. In such circumstances, truth will be in the eye of the beholder.

Similarly, should Nigeria, for whatever reasons, decide to stand by Adesina, he is likely to retain the seat although the dynamics of the international financial system is that powerful countries can create problems for the institution itself if someone they suspect or dislike is retained. From that point of view, Adesina’s fate can be said to have been decided as far as second term is concerned although miracle could happen.

The substance of what he might have done wrong remains unclear. Cronyism, especially allegations of favouring Nigerians and giving his wife bank resources she would ordinarily not be entitled to are said to be part of them. US insistence on further probe is based on the position of whistleblowers that the Ethics Committee of the bank didn’t do a thorough job. What is then clear is that Adesina’s problems might be from within Africa.

It is still a waiting game what happens next. Meanwhile, the embattled President of the African Development Bank (AfDB), has spoken again, maintaining his innocence over allegations he calls trumped up to tarnish his reputation and that of the bank. He is not only innocent, he says but that he is drawing inspiration from his heroes – Mandela and Kofi Annan – “whose lives have shown that through pain we grow”.

Dr Adesina said in a statement this afternoon in which he is quoting Martin Luther King’s statement that “the arc of the moral universe is long but it bends towards justice”. In other words, Dr. Adesina is sure that “fair, transparent and just processes that respect the rules, procedures and governance systems of the bank, and of rule of law, will ultimately prove that I have not violated the Code of Ethics of this extraordinary institution”.

He is saying he would continue to work with every one of the shareholders to ensure that the bank’s reputation is intact “as we collectively press on to fulfill the mission of our founders to accelerate and transform Africa’s development”.

Prof Abu Ali Back in the News

Salihu Lukman As the Exit of a Fall Guy