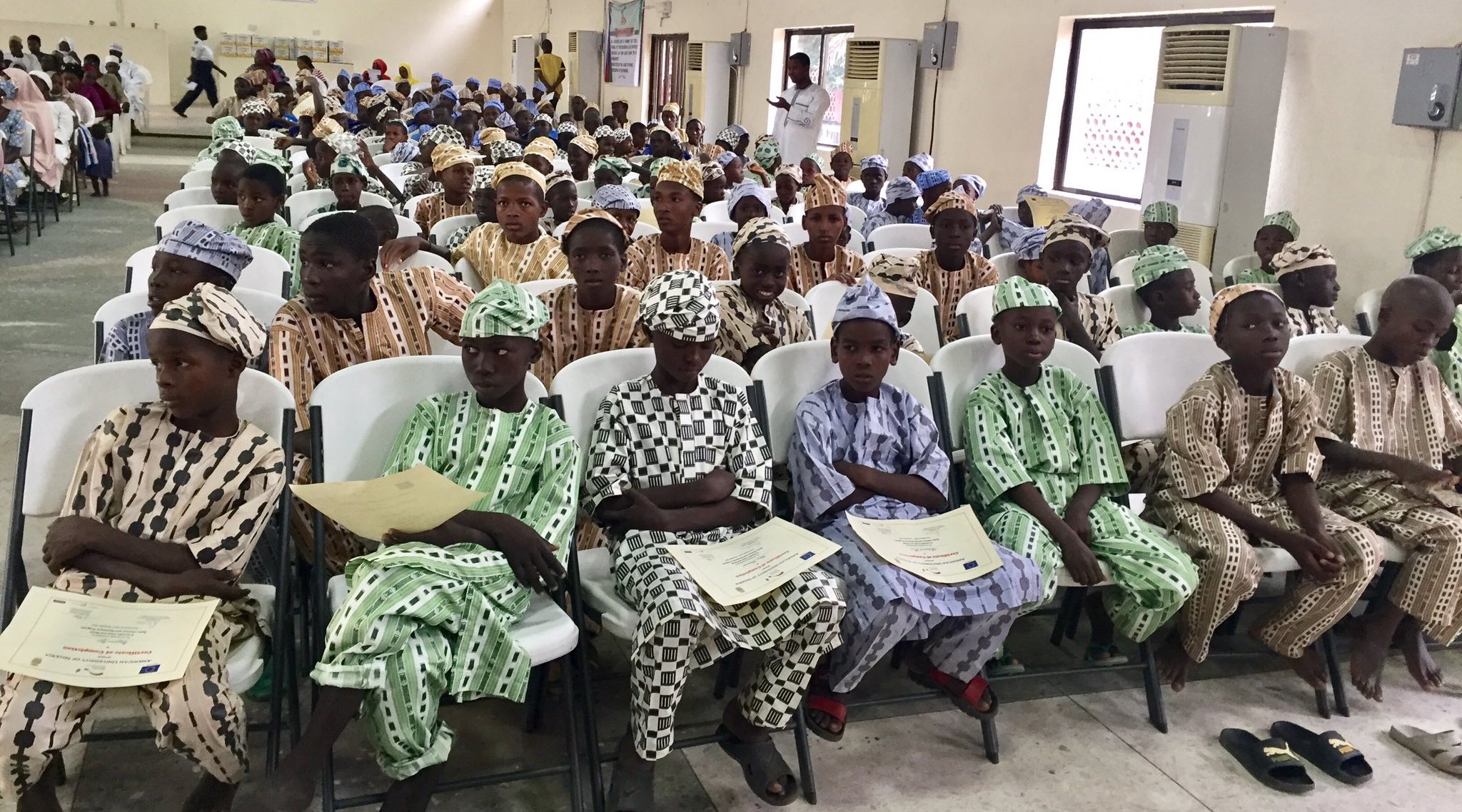 Graduation day at American University, Yola for almajiris who benefitted from an EU, Germany and Denmark approach to defusing the time bom 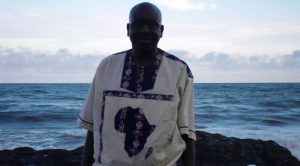 The Almajiri is a demographic time bomb about to explode in (Northern) Nigeria. The earlier we address the problem the better. Some Prominent northern elders had foreseen the danger of the Almajiri about 20 to 30 years ago. I could remember a lecture in Kaduna in 1994 when General Hassan Usman Katsina, Group Captain Usman Jibrin and General Shehu Musa Yar’aduwa, among other northern notables, spoke about the impending danger of the Almajiri system. The tempo for war against the Almajiri died with the demise of the trio. It is worrisome that the number of Almajiri kids who roam the streets of major cities in Nigeria have skyrocketed several folds in the last few years.

As a result, the north conflicts with itself. There are close to two billion Muslims spread across the countries of the world. It is curious that the Hausa man is the only Muslim who keeps a family he cannot maintain. We are the laughingstock in our own country because of our dependence on an archaic and a progress-resistance culture. Experts warn: “If we continue this way, about 40 percent extremely poor people will be in Nigeria. Poverty in the South West is 20 percent, in the North, it is 80 percent, Lagos is 8 percent and Zamfara, it is 91 percent.” This is scary. Now is the time to tell ourselves the bitter truth. We must change the old ways we do things.

With poverty, Boko Haram, kidnapping, banditry and communal feud, northern Nigeria is one of the worst places to live in the world. We are on the eve of destruction. We have to come together to fight the menace of the Almajiri system in all its ramifications. When the bubbles finally burst, those of us who live in the north will be the first casualty of the crises we created but failed to manage.

As a solution to the problem, the northern establishment must think in retrospect and return to the old ways. The Almajiri, a system of Islamic education practice in northern Nigeria, is as old as time itself. It has been the tradition of Hausa people in northern Nigeria to leave their homes in search of Islamic knowledge.  Almajiri is derived from “Al muhajirun,” an Arabic word which means “an emigrant” in English. It refers to a person who migrates from his home to a popular teacher in search of Islamic knowledge. 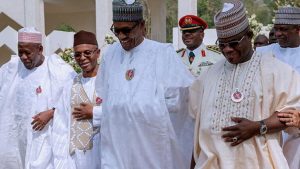 Muhammadu Buhari, a president of Northern origin, surrounded by governors of northern states: Any framework for defusing the time bomb?

This system was the only source of gaining knowledge in Hausa land before colonialism and the subsequent introduction of western education in Nigeria by the British. The richest person in Africa, Alhaji Aliko Dangote, was a product of the Almajiri system. In her article published by The Guardian, (May 29th, 2019, Cheta Nwanze wrote that Alhassan Dantata, Dangote’s great grandfather, the richest person in West Africa during his time, “had been an Almajiri’.

The Almajiri system which Dantata and the people of his generation went through was an organised and comprehensive system of education for learning Islamic principles, values, jurisprudence and theology. In those days, they modeled the Almajiri schools in Hausa land after the Madrasahs in some Muslim countries. There was inspectorate of Qur’anic literacy, whose inspectors reported to the Emir of the province, concerning all matters relating to the school(s).

It is saddening to note that the “Tsangaya” (local Islamic schools) and the entire Almajiri system as it is today in the north are the shadows of their former selves. The Almajiri does not serve any purpose now. The truth is the Almajiri is our main problem in the North. It is one of the debilitating problems trying to destroy the north. The system produces millions of street urchins, uncountable out-of-school children, beggars, drug addicts and an avalanche of army of unemployed youth criminals can be galvanize for insurrection.

Within the reform, the Almajiri kids should live with their parents and guardians in their hometown. The government and individual proprietors of Almajiri schools shall build madrasahs for learning within the immediate environment of the pupils and students. State governors should make education compulsory for school-age children. The government should arrest any Almajiri boy who flouts the order and send him back to his parents in his home state.

We should critically look at the Hausa culture of polygamy. We must accept the home truth. The emir of Kano, Muhammadu Sanusi the II, advised men “to imbibe the habit of marrying the number of wives and children they can cater for. The emir gave this advice in December 2019 while speaking at the opening of the 108th edition of Islamic Vacation Course (IVC), organised by the Muslim Students’ Society of Nigeria (MSSN) Zone B, held at IVC Permanent Camp, along Lagos-Ibadan expressway in Ogun State. This may sound strange to a conservative Hausa man who may use as defence the Hadith of Prophet Muhammad ( peace be upon him) that encourages the ummah (community of Muslim believers) to have many children, “so he will feel proud of them before the other Prophets and nations on the Day of Resurrection.”

It is worthwhile to note that the people who Prophet Muhammad (Peace and blessings of Allah be Upon him) will be proud of and happy to receive as his people are the righteous Muslims. The righteous offspring who the prophets before him (Abraham and Zakariyya) prayed God to grant them. They are the children who are considered a blessing to their parents and to the nation as well. We need children who are a comfort and a joy to the eyes of their parents, not the ones that the parents send to faraway places to lead the degrading life of the Almajiri. We must debunk the lie being peddled by some selfish “Ulamas” and other supporters of the exploitative system. They are exponents of the system because they have been living fat off the land while the victims suffered.

In this respect, we should commend the governors of Kano, Nasarawa and Kaduna for putting the ban on begging in their states. Kano state has even gone an extra mile by making education free and compulsory, from basic to secondary school. It is open to question if declaring education free automatically means education that can liberate the mind but we hope all the northern States will take a cue, ban the Almajiri system and make education compulsory for children living in their states.

Saleh Bature is Abuja based journalist, social commentator and advocate of dialogue. You can reach him via email at baturesuba@yahoo.co.uk

Is An African Contingency Plan on COVID-19 Coming?

COVID-19 As a Space of Corrosive Humour in Nigeria

NCDC, Nigeria and Britain Works on Storm Over Mrs Susan Okpeh for the Last Words