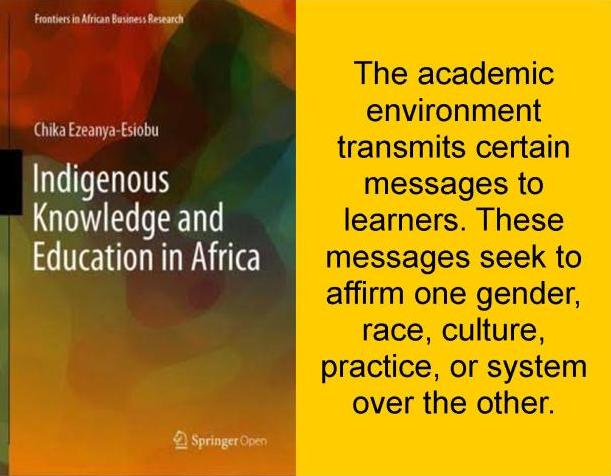 Chika Ezeanya-Esiobu’s Bombshell of a Book

In the aftermath of the Cold War, a leading European scholar of International Relations asked students and teachers of the discipline to imagine what the structure of the discipline would look like if Africa rather than Europe dominates the world. Although Chika Ezeanya-Esiobu is not in International Relations as such but African Studies, she appears to have been pondering on the question in her own way. The product of her reflections is now out for all to see in Indigenous Knowledge and Education in Africa, the 120 page book which has just been published. 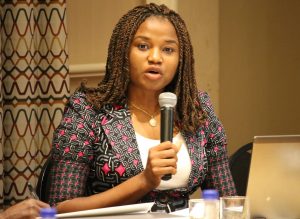 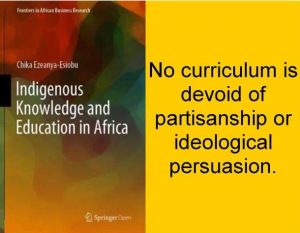 This book, coming from someone who cried when she read Walter Rodney’s How Europe Underdeveloped Africa at the age of 15 is a crusading, campaigning text from the first to the last page. It is not an apologia for any cause other than her central argument that education in Africa has not been informed by the continent’s cultural resources. Rather, education on the continent has been built on hunches, inferences and posers drawn from other people’s experiences. As a result of that, education in Africa and its recipients are unable to innovate or formulate the problems in a way that captures the dynamics of the environment.

So, she set out to explore and document what indigenous knowledge exists and how to mainstream such into the educational process, from development to science, technology, agriculture, health and research. In the end, she provides a manifesto for more effectively subverting the knowledge system that makes exploitation and domination of the continent possible. Her book is, therefore, a tribute to post colonial theory and a research agenda in representation, power/knowledge in dealing with the African condition. 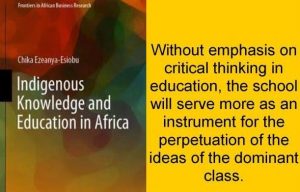 The author, a product of Howard University in the United States, serves her readers an eight course meal, with each chapter offering incredible details of the cultural resources that were denied and blocked from being part of the global stock by those who read them to be barbaric, unscientific and backward. Those who download this book and read chapters Five and Six would be shocked in this regard.

It is in that sense that Canada’s International Development Research Centre, (IDRC) deserves commendation for making the book an open access stuff. With that, virtually anybody can simply download a copy without links to any prestigious but exclusive library facilities. The expectation is that the book will trigger a variant of a revolution in African academia with particular reference to what are being taught, what should be taught and how the knowledge outcome should reconstitute the continent.