In suit in the front row is Prof Okon Eminue, the immediate past Head of Department and Fr Dr Innocent Jooji, the new HoD of the Department with some of the staff and students immediately after the parley

Political Science Confronts Its Past at Veritas University, Abuja

It is a very uninspiring moment to be an undergraduate in Nigeria. Role models are few and far between. All manner of distractions, temptations and noise pollution confront the students. Facilities are nothing to write home about across the country’s universities. This is what NUC inspired Prof Mahmood Yakubu’s 2013 Needs Assessment of Public Universities brought home most starkly. A minister at the time once said that the day it was presented to the Federal Executive Council, all the ministers as well as then President Jonathan were dumbfounded and everyone went home terribly embarrassed. Five years down the line, public spirited academics are relying on the strike mechanism to remind the government of the day to do the needful. It is not surprising that some people have gone ahead to say that, in Nigeria, learning is under attack. 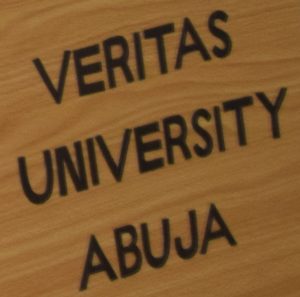 As bad as things might be, traditions are still resisting death. Traditions die hard.  An education enthusiastic generation can still be seen trying to add value here and there. They are either re-inscribing the academic space with new practices or re-doing older ones.

One such re-inscription took place at Veritas University, Abuja aka The Catholic University of Nigeria recently when the students came up with the idea of a Staff – Students Parley. Executed under the auspices of the National Association of Political Science Students, (NAPSS), it was an experiment in inter-discursivity. By that is meant that students were to use the opportunity to say whatever they have ever wanted to say, from how their scripts are marked to when their results are released to who is teaching well or murdering the teaching/learning process, which teacher is abusing them in the class and which teacher is motivating them and so on. The parley was to be the ultimate signifier of the democratic essentialism that can be claimed for the university in a way no other institution can. The academic staff were also to respond, admit or reject claims and generally re-assure the students that teaching and learning is a joint agenda. In other words, no punishments awaited anyone for operationalising the idea of the university as a peer-review space rather than a space for any form of intellectual feudalism, hierarchical or hereditary practices. 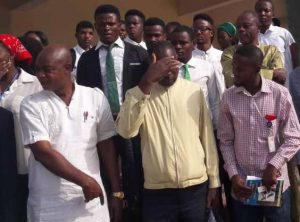 Everywhere in the world, student assessment of their teachers is a serious business. A few decades ago, the Department of Political Science at the Ahmadu Bello University, Zaria conducted such an exercise in which students were asked to rate their teachers. It was an anonymous exercise as students were asked to do the rating without indicating their names on the script. Some lecturers were devastated by the outcome. The result was something they never bargained for. It was such a rude shock, particularly for those who took it for granted that they were great teachers. In Europe, student rating of modules and academics who taught them is even more systematic and serious in that it could bring problems for the teacher. And this is Europe where lecturers do so much to make things easy for students though without compromising on standards partly because of the rigorous regulatory system.

Perhaps because it is he first in the renewed practice, the students were either afraid or still coming to grips with the reality of speaking up at the Veritas parley. They did raise issues that concern them but there were no explosive moments. While no one can make a conclusive statement yet on why that was so, it does suggest that as a relatively smaller and compact department, the relationship between academic staff and students is basically very good and there is not much to complain about. It was, indeed, an inspiring moment, particularly when linked to all such innovative practices going on across the university system throughout the country. The message in this is the counter-narrative it suggests: the universities are not all about cultism and bad guys. Even in the morass, there are great things going on here and there, students and their teachers who are taking things to new heights by reconnecting with the past or introducing new things. There is also something peculiar in it: students of a new and younger university taking advantage of the unique quietism of Veritas University at the moment to rethink the study of Political Science and Diplomacy. This is hoping that this quietism can be sustained by preventing the emerging Bwari township from invading and overwhelming the campus.

A Covid Arrow Against University Academics in Nigeria

Poems in the time of Coronavirus