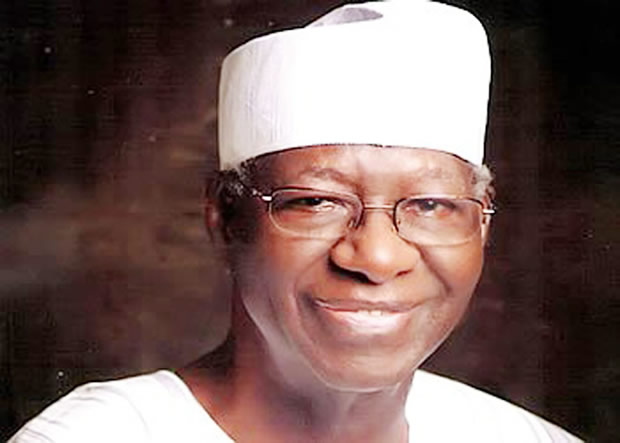 The Nigerian media has no wounds to lick for going to town with the story of the death of notable politician, Chief Tony Anennih. The story has been counter posed by another one in which the late chief purportedly spoke on phone, saying he is still very much alive. It is not true. Well connected aides have confirmed his death, a major departure from the establishment in Nigeria.

A product of the Nigeria Police Force, he was state Chairman of the Bendel State Chapter of the National Party of Nigeria, (NPN). In 1999 – 2003, he was Minister for Works in the First term of the Obasanjo Presidency. Thereafter, he was Chairman of the Board of Trustees of the People’s Democratic Party, (PDP).

He has had a controversial image in terms of perceived negative influence on power but those who are close to him said he lived a very pious life and was a good Catholic. Most powerful people have that type of public image of the bad guy but the private life of the good guy. Former Zimbabwean president, Robert Mugabe, is one such personage.  One of his ministers shocked people when he said that even though he was in Mugabe’s cabinet from the opposition, Mugabe was the backbone of his success as a minister. He said once he had personally briefed the president on whatever he planned to do, he was sure to win the debate in the larger cabinet, not out of presidential favour but by opening up the issue.

What a protocol mishap if it had turned a hoax

If Chief Anennih’s death had turned out a hoax, the two biggest losers would have been President Muhammadu Buhari and the PDP presidential candidate, Atiku Abubakar.  Both have issues statements mourning the departed politician.

The last time the media collectively goofed was when it announced the death of Dr. Nnamdi Azikiwe on November 10th, 1989. Of course, the great Zik died but not then. It was a major embarrassment as far as cross-checking such hints and being generally thorough. A few other Nigerians have suffered such fate too but Zik’s own is still the one that comes to memory in most newsrooms, certainly because of his stature as a former president and before then, his anti-colonial activism and oratorical prowess.

The ‘Marlians’ Are Coming and Everyone is Panicking in Nigeria