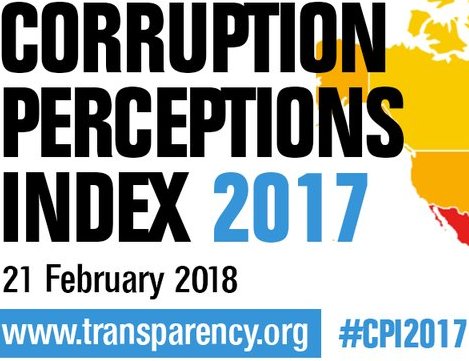 Transparency International, more simply known as TI does not engage in what some students of Multiple Modernities call intellectual espionage. TI stays at the level of perception instead of criteria that can be called culturally intrusive. Because perception is, for many, the reality itself, its rating of countries in terms of corruption index is very powerful. It is so normatively powerful that it is almost an act of political foolishness to rail against TI. That is not because there is nothing challengeable in what it is doing but also because TI’s solid location in the current global configuration of power makes such a step worthless.

Against the above context, it is easy to understand the pain and difficulty of the Nigerian government in sustaining a credible response to the calamitous rating returned on corruption index in the country in TI’s 2017 Perception Index. The regime is, understandably, miffed if one takes Prof Itse Sagay’s response. He said the index was wrong headed because it relied on statistics of looting exposed. His is the closest to a reasoned regime response to a TI rating but even then, he too got it wrong. To the extent that bulk of those asked about corruption in Nigeria are people with problems of imaginative geographies, there is a major methodological problem with TI’s Perception index to that extent. TI is aware it carries that baggage. The problem with TI index is thus not the question of misuse of statistics but the externality of the perception. Interestingly, no government official has mentioned that. Some people might say there is nothing like externality anymore but, in so far as meaning is contingent or specific, globality is a ruse. Does that then exonerate the Buhari regime?

The Civil Society Legislative Advocacy Centre, (CISLAC), Transparency International’s contact in Nigeria, for example, does not think it does. It said in what could be taken as a response to that question that “This fresh setback in the fight against corruption confirms that grand-corruption, political corruption, nepotism, favouritism and bribery persist in Nigeria at all levels”. CISLAC is not known to be a wholesome critic of the Buhari regime. Its agreement with the position of opposition must suggest that something has gone wrong in the war against corruption. What might that be?

Some people would argue that this anti-climax in the anti-corruption war represents the anti-climax about the Buhari regime itself. And they locate it in the conceptual framework underpinning the war in the first case. First of all, the Nigerian economy is a capitalist economy and even then a semi-industrial and a dependent type. What this means is that it is fundamentally marked by primitive accumulation, the stage of capitalist development when amateur capitalists rob the society to make it to full capitalist status. In other words, corruption is the real name of economies at the stage the Nigerian economy is now. The president does not appear to have built this into his war plan. So far, he appears to see corruption as bad in an unproblematic sense. The implication is that he cannot see the contradiction that some other people can see in his style of anti-corruption war.

It is doubtful if there is a better framing of this contradiction than the late Ibrahim Tahir did in a 2006 newspaper interview that has been reproduced over and over again in recent years. On this question, Tahir said as follows: “The point is that in the light of the fortunes being stashed by individuals and which the government itself has affirmed and also the US Department of State, Transparency International and sundry foreign sources, how can we convince ourselves that transition is going to be anything but war? Think about the guy out there with $10 billion in his account. He wants to be president and he could not have his way. He would organize his way and that prospect means we are faced with a security issue, not just corruption issue”. 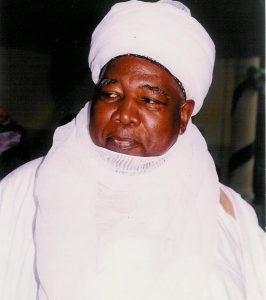 Without this more holistic or contextual sense of corruption, it escaped the president’s strategy to make the war the product of an elite consensus argued in terms of saving the system from disrepute and illegitimacy that corruption brings about and the consequences of such level of elite indiscipline. That way, the judges, the business community and even the power elite would have been in the mood to sacrifice the few who did not have the sophistication to steal without being detected. Now, without that, the anti-corruption war has run into a stalemate. Apart from local politicians embarrassed by going to jail, a global actor such as TI is saying the scale is higher than before.

Ordinarily, the opposition in Nigeria, and understandably so, thinks very little of the anti-corruption war defining the Muhammadu Buhari regime since 2015. As the self-perceived victims of the war, they think it is a case of organised persecution. That is, in fact, the word Goodluck Jonathan, the leader of opposition, called it even before he stepped aside as president in May 2015. But the Buhari regime has sustained a though not so creative propaganda about the war, with the president himself saying that although corruption was fighting back, his government was sure to defeat it. The incoherence of the anti-corruption war machine of the regime did not suggest an army that could overwhelm corruption fighting back but since the Commander-in-Chief was saying so, it was more tempting to watch how things went.

In an interview with a Transparency International Headquarter staff in August 2017 in Abuja, (see “Why Corruption in Africa is Different – Transparency International’s Governance Specialist”, www.intervention.ng), Intervention had asked what the rating of anti-corruption war in Nigeria was at TI Headquarters in Germany. The reply is that, at least, the government in Nigeria has openly put it on the agenda. That seemed a very apt answer, devoid of double speak. And there the controversy would have stood. It can hardly have been uncontroversial to fight a canker worm such as corruption in Nigeria.

But all that have changed with the Transparency Perception Index for 2017 coming in with a rating that corruption is climbing to greater heights rather than scaled down in Nigeria. There can hardly have been a more damning verdict on the Buhari regime for TI to pose that rating at this point in time. It contextually speaks to the perception that the president looks the other way whenever those close to him are involved in corruption as opposed to using insecticide when opponents are involved. It is important for the Buhari regime to own up to the inadequacies of its anti-corruption war just as the 2017 CPI is not a license for apologia from the PDP or former president, Goodluck Jonathan. What they did with public money is simply too recent and too embarrassingly indecent for them to be talking when corruption is the issue on the table.