Transhumance, the core issue in the Benue killings

In order that those who died in this and previous herdsmen violence must not have died in vain, Nigeria and Nigerian leaders must ensure continuous updating of our agricultural development in such a way that anticipates and can remove potential areas of friction, says Chief Steven Lawani, the immediate past Deputy-Governor of Benue State, the site of recent killings and a previous one such as Agatu in 2016. 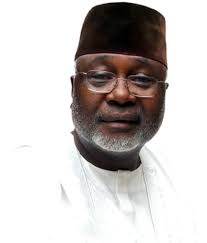 In his first official reaction to what he calls “understandable fireball of anger and bitterness following the killings in Benue and Taraba states”, Chief Lawani said in a statement that Nigeria’s implosion in anger the aftermath of the killings was understandable once human lives are involved and more so that this is not the first time. Declaring that it is high time to chalk out the element of violence that he says has been a prominent feature of democratisation in Nigeria, the former Deputy-Governor of Benue State argues that a country with great promise such as Nigeria cannot remain imprisoned in rancour and unproductive self engagement.

Commenting on the decision of the Federal Government to ban open grazing nationwide, Chief Lawani insists there is hardly any alternative to that option because ranching is simply the global best practice which nobody, including the Miyetti Allah, has anything to lose sleep about. Expatiating on how “the culture of ranching is today’s global best practice”, Chief Lawani asked, rhetorically, if there is any serious Nigerian business man or woman today who can say that he or she can obtain the franchise of, say, MacDonald’s, to open their eatery anywhere in the country.

“No one can do that today because MacDonald will not grant it.

They would argue that cows in Nigeria are what they call thread, i.e. they have no quality meat value after being made to trek from Sokoto to Port Harcourt. But they would give such franchise to Singapore because they get their meat from Australia. They will give such to South Africa which is into ranching. There is the ranching culture in Namibia”, he stated in the statement.

In his view, nobody, including the Miyetti Allah has anything to lose from ranching which they can gain by insisting on open grazing. Rather, according to him, the current killings and agony would have been avoided if we as a country have followed global trends in our developmental reasoning and practices. That not having been the case has created a situation leading to avoidable violence, he argued.